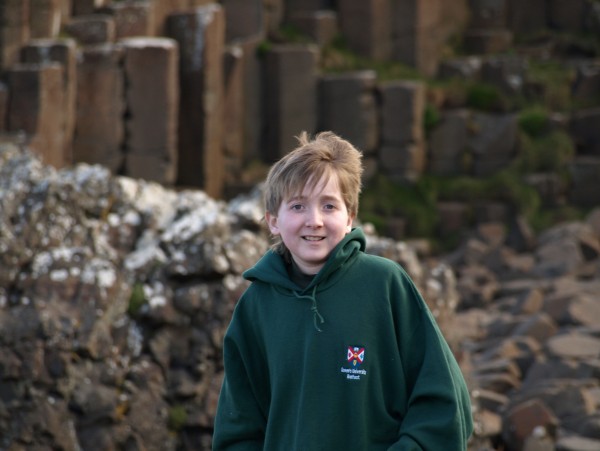 At the age of 5, Keeghan saw a television show that talked about how sharks are resistant to cancer. He decided right then that, when he grew up, he was going to become a marine biologist so that he could study sharks and find a cure for cancer. This goal never wavered for him - in his mind, he WAS going to find a cure!

Then, at the age of 10, he was diagnosed with a malignant brain tumor (anaplastic astrocytoma). He went through two surgeries to remove his tumor, 32 radiation treatments, and 14 months of chemotherapy and remained tumor free for over a year.

Just before Christmas 2007 we found out that his tumor was coming back. He started chemo again, but the tumor came back as a Grade 4 glioblastoma. He left us on August 31, 2008 at the age of 12.

Throughout the time that he was in treatment, Keeghan never stopped living life to its fullest. He enjoyed reading, being homeschooled, video games, as well as traveling. As a military family, we did a lot of moving around - Illinois, North Dakota, North Carolina, Texas and Washington, DC. He loved living in Washington, DC the most and never missed an opportunity to visit his favorite place - the Smithsonian Natural History Museum!

He had his wish granted by the Make-A-Wish Foundation in April 2008 and spent a week in Northern Ireland where, among other things, he was able to realize his dream of visiting the Giant's Causeway (which is where he is in the picture here).

I have shaved my head three times for St. Baldrick's in an effort to raise money for childhood cancer research with the hope that someday no mother will have to feel the emptiness that I feel every day without my son. He was my baby boy and I miss him more than words could ever describe.

Thank you for your help and for reading about my amazing little man!