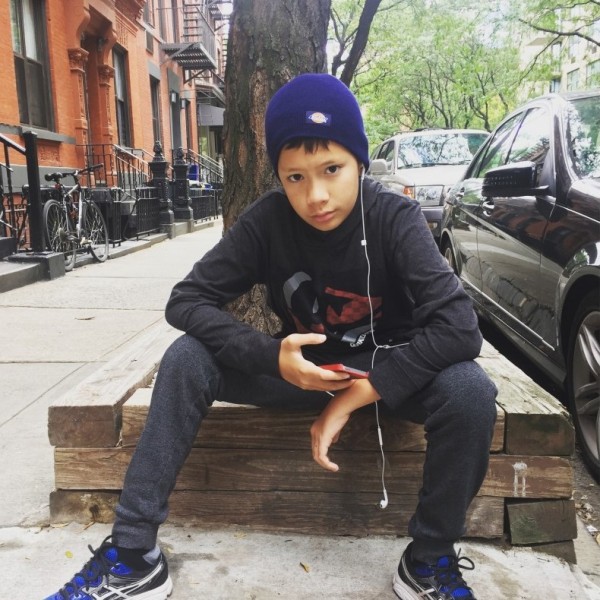 Kalā was first diagnosed with Osteosarcoma in June of 2014. However, he relapsed in September of 2016 and was re-diagnosed with malignant fibrous histiocytoma, also known as pleomorphic undifferentiated sarcoma.
He under went chemotherapy treatment, a limb-sparing surgery in which part of his right femur bone was removed and replaced with an expandable endo-prosthesis and everything else associated with cancer.  He was NED for about a year and a half. Then in September of 2016 the cancer metastasized to his lung. He underwent a thoracotomy on his right lung and his doctor was able to remove everything. However, 6 months later the cancer once again returned to his lung. The surgery to remove the tumors was unsuccessful and he was enrolled in a clinical trial and was only able to completed one round of treatment.
On an early morning in June 2017, surrounded by his family, Kalā took his last breath here on earth and his first breath in heaven. After a 3 year battle, our son was at peace. Kala was a caring and loving boy and often thought of his family and friends before himself. He was wise beyond his years, and is a shining example of being resilient and courageous, while also having a sense of humor, positivity, and gratitude while facing unimaginable circumstances. Kalā would want his experience to influence others to appreciate the beauty and love that we often take for granted.
Thank you for supporting our son and the more than 300,000 kids worldwide who will be diagnosed with cancer this year. By sharing the gifts of your time, talent and money with the St. Baldrick’s Foundation, you're supporting research to give all kids with cancer a better chance for a cure.