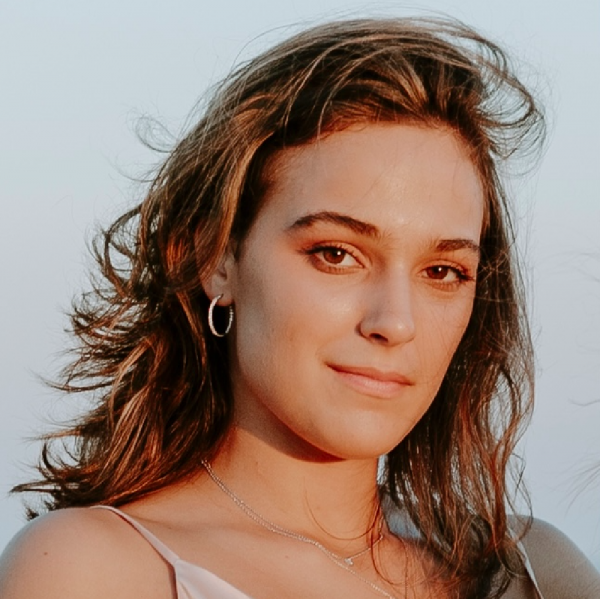 Growing up Juliana was active and always full of energy and life.  To fuel her need for excitement, her parents enrolled her in gymnastics where through the years she would discover that it was her calling.  Holding many state titles from level 4-9 and regional and national titles at level 9 Juliana was on her way to becoming one of USA Gymnastics Elite gymnasts. In May of 2015, Juliana was competing for Region 1 at the USA Gymnastics Western National Championships in Spokane, WA.  Something was off.  Juliana was having headaches and balance issues on the beam, couldn’t seem to stick her nearly perfect vault and was having issues with her vision.  She would go on to win Silver (3rd place) on Vault at Western Nationals. Once Juliana was back home from the competition her mother decided to take her to several doctors to assess her ailments.  Mostly chalking everything up to training hard, puberty and cell phones; Juliana’s mother wasn’t expecting to hear what the doctor had to say. In June 2015, after her coaches and doctors advised Juliana that a 2 week break from gym would be okay her mother decided to tackle all her ailments with doctors’ appointments.  Juliana was having a routine eye exam when the doctor suggested that Juliana be taken to the emergency room immediately.  He had diagnosed her with Papilledema, optical disc / nerve swelling that is secondary to intracranial pressure.  He suggested that it can be much more serious than it sounds and advised that Juliana be taken to the ER to have more tests ran.  Immediately her mother took her to their local Palomar Hospital and after 12 hours waiting for an MRI – the ER doctor came back with the news.  2:30am, on Tuesday June 15th 2015; Juliana was diagnosed with a brain tumor.  At that time we didn’t know what to expect.  Without delay Rady Children’s hospital CHET (emergency transport) was on their way.   Juliana underwent a 7.5 hour surgery on June 17th to remove her tumor.  Unexpectedly Juliana lost the ability to move her left side post operatively.  This paralysis would last for nearly 6 weeks.  Thankfully in July she was able to return home with a cane and a brace on her left leg.  After weeks of therapy at home, prayer and determination, Juliana returned back to gymnastics.  As her progress slowly increased in the gym she was on her way back to feeling like herself again.   Unfortunately early this year (2016) Juliana’s MRI scans and symptoms started to tell a much different story than being on the mend.  With a heavy heart she had to take a break from the gym again and await her fate.  One year later, Juliana’s MRI scans showed that not only was the tumor back, it started to grow back in two different areas.  After much thought and consideration by Juliana, her doctors, Dr. Levy and Dr. Crawford and her parents, Juliana underwent another surgery to remove the brain tumor.  Unfortunately there were parts of the tumor that just were not safe to continue the surgery and the decision had to be made to stop the surgery and be thankful that they were able to get as much of it as they could.   While Radiation wasn’t even in her future a year before, her fate had changed dramatically and now Juliana was facing a much different treatment plan.  With the help, love and guidance of Dr. Crawford and Dr. Chang; Juliana and her family decided that Proton Therapy was the right choice for the best outcome and quality of life moving forward. Juliana has successfully completed 7 weeks of Proton therapy.  She experienced minimal side effects.  At most she was fatigued, experienced headaches, strange smells and towards the end pressure along with the headaches.  She did not lose her hair, although she was actually looking forward to it.  She has developed a sense of family with all of her doctors and nurses throughout this process.  She has also become eager to advocate for herself and other children / teens going through similar situations.  She has reached out to the fellow patients and families at the Proton Clinic and has made a huge impact on them as well as the staff. Juliana’s goal is to continue to be part of her gymnastics team and hopefully be at a point where she can “pick up where she left off”.  She has recently started her own conditioning at her home-gym to ready her body for her goals.   Today, as we write this… Juliana is awaiting a much anticipated MRI scheduled for just the week before you might be reading this (12/7).  We hope and we pray that Proton did what we needed it to do.  That Juliana can start over again and be on the mend.  This experience has changed our family, our friends and teammates lives forever.  There is constantly a new appreciation for life in all that Juliana has accomplished and will continue to accomplish.