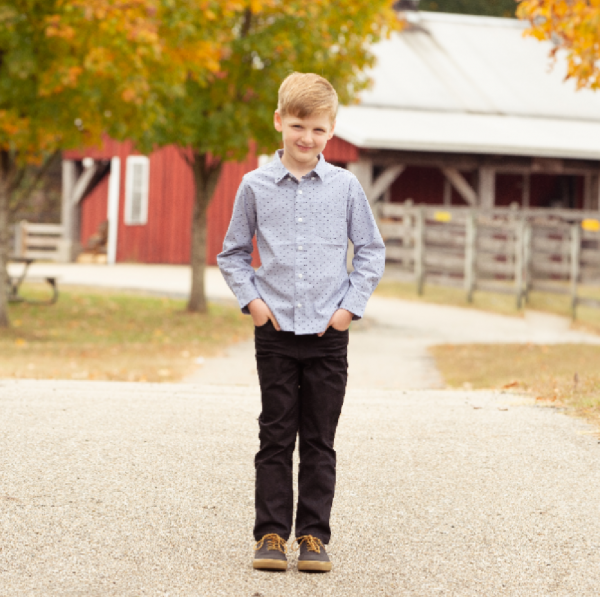 Jaxsen is an adventurous, spunky, silly 10-year-old boy. In March of 2012, at the young age of 11 months, Jaxsen shaved his head for St. Baldrick's in honor of his little friend, Scarlett. He raised $127 and had his very first haircut on stage in front of a thousand people, all in the name of cancer research. Fast forward two years, and it is now Jaxsen who is battling cancer. During a routine visit to his pediatrician at the beginning of January 2014, his doctor noticed that Jax looked a little paler than usual. We were sent to get some bloodwork done to see what was causing the change in Jaxsen's complexion. The following day, we learned that there were abnormal cells present in his system. We were sent to Sinai Hospital in Baltimore for further examination, where Jax was promptly admitted. Within two days of admission, life as we knew it came to a complete halt. We learned that Jaxsen had a form of childhood cancer called Acute Lymphoblastic Leukemia (ALL). ALL is a cancer of the lymphocytes, a type of white blood cell that is involved in the body’s immune system. As soon as we discovered the Leukemia, Jax began treatment. He was immediately thrown into a seemingly never-ending cycle of x-rays, bone marrow aspirations, lumbar punctures, chemotherapy drugs, CAT scans, MRIs, EKGs, steroids, and even invasive surgeries to implant/remove the Port-a-Cath in his chest. This was his norm for the three years and two months that he received treatment.
On March 14th, 2022, we will celebrate five years of remission. He is now doing well in school, playing soccer, and practicing music on piano and viola. He has dreams of becoming an airplane pilot when he grows up.
We are extremely thankful that throughout the whole process, Jax remained the goofy, energetic, silly boy that he has always been. We are blessed to have received so many prayers, warm thoughts, and well wishes during this difficult time.