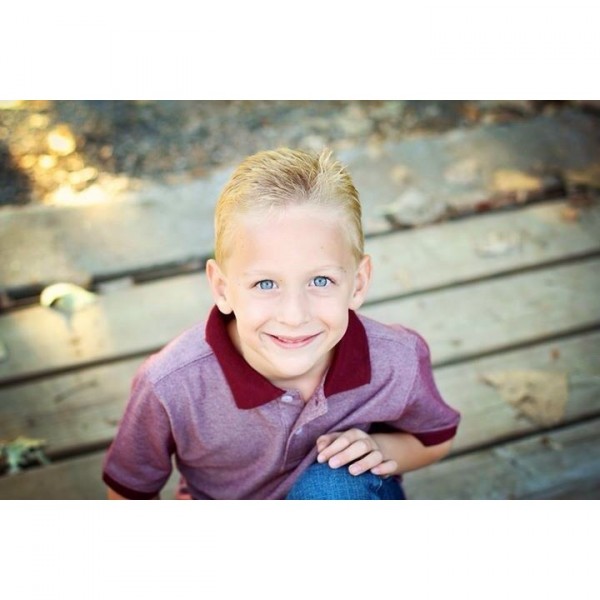 When Isaac was born he had a lump on his neck the size of a grape. An ultrasound showed it to be a hemangioma. Three weeks later this lump ulcerated and he was rushed to the ER. After surgery to remove it, we received a phone call from the doctor the day before his follow up appointment. Isaac was diagnosed with infantile fibrosarcoma. After two surgeries and another biopsy, the cancer showed up a third time and had spread to his lungs as well. He started chemo when he was 6 months old at Cardinal Glennon Children's Hospital in St. Louis, MO. Isaac is now two and a half years old. He has been in remission for a little over a year. He is so strong and full of life - such a fighter. He has to be with 3 older brothers! He enjoys music, wrestling, playing with motorcycles, and doing anything his brothers do!