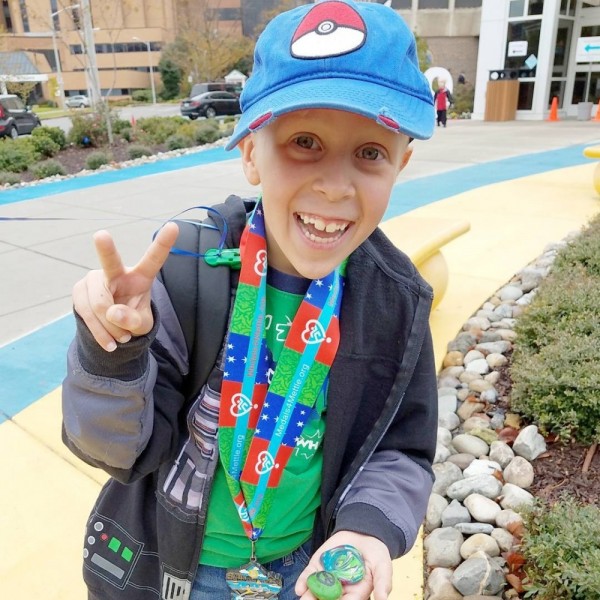 On April 30, 2017, Joey found himself at urgent care with a one-way ticket to the ED for an ultrasound. The attending shared those images and radiology's findings, he was referred to urology and admitted to the hospital

The urologist reviewed the ultrasounds and findings the next morning, and scheduled Joey for surgery (5/1) to remove a mass. We don't know what it is. Even following mass removal, the doctors don't know what it was, except that it was fairly large (5cm).

On May 2, a meeting occurred with the man who would become Joey's oncologist for the duration of his treatment. The mass was being treated as a sarcoma and was sent to pathology. By the end of the week, there would be an answer as to what it was.

That answer came on May 5th. Rhabdomyosarcoma was the diagnosis.  Thankfully, due to the size and the location, it was Stage 1, Group 1, low-risk. Final pathology took an additional week to return, and it wasn't until May 18 that treatment began due to this.

Six months went fairly quickly...and slowly at the same time. October 26, 2017 was his end of treatment date. Since then, he has been returning to his "normal" self. But yet, we wait for the side effects. We wait to see what chemo has actually done to him long-term.