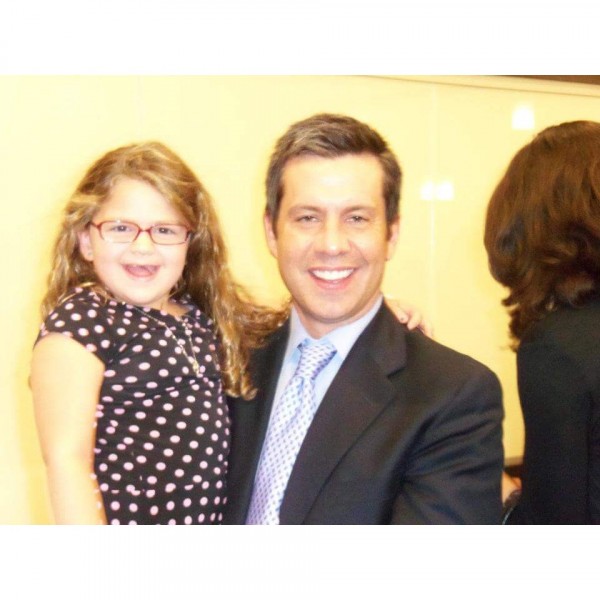 Gwendolyn was diagnosed at a very young age with an extremely high white blood cell count (over 346,000). We first brought her to the hospital on her older sister's Second Birthday (July 16th,2005). Thank goodness they did a CBC right away and were able to diagnose her properly. I can't understand why so many doctors and institutions hesitate for so long before running CBC's. It drives me crazy every time I read or speak to someone who had to wait weeks or months before being properly diagnosed. Anyway, Gwen spent the vast majority of her first year and half at Schneider Children's Hospital where she was treated with great care and compassion from the staff, especially from the Med4 nursing staff. Because her treatment was so aggressive, secondary infections became a major obstacle, nearly taking her away from us on more than one occasion. But our family has come to realize that Gwen is a fighter. She eventually finished her protocol and was off treatment for ten months. On June 18th, 2007, we learned that Gwendolyn had relapsed. We took her to NYU so that she could receive an experimental drug that was not available to her at Schneider's. After getting her back into remission, she returned to Schneider's and received a bone marrow transplant on October 30th. Gwendolyn is now seven and a half years post transplant and doing well. She is now nine years old and is in fourth grade. We may never know if that experimental Drug she received at NYU was the reason she got back into remission, but it is the reason I am participating in this year's event. St. Baldrick's believes in the COG (Children's Ongology Group) and raises money to fund research. This is a picture of Gwendolyn and her bone marrow donor. We had the great pleasure of meeting him this in 2012. Big thanks to Baylor Hospital and The National Marrow Registry for making that happen!