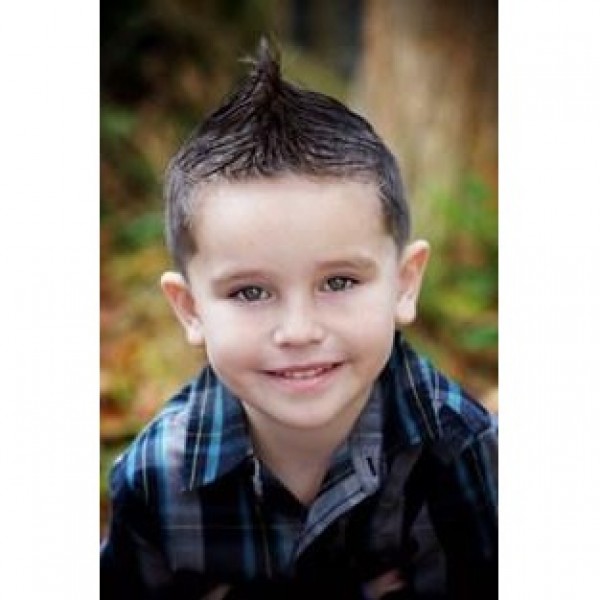 On October 25, 2010 our lives were changed forever. Garit was playing outside and suddenly he collapsed. Within 2 hours we were on an ambulance on our way to New Orleans Children’s Hospital. Garit was 4 years old when he was diagnosed with a very rare cancer called adrenocortical carcinoma and our battle began. Garit had surgery to remove the original tumor and surgeons found that the tumor had spread to his left kidney so it had to be removed as well. We left the hospital to go home for Thanksgiving, but had to return soon after and begin his first Chemo treatment. At this point I thought it couldn’t get any worse but I was wrong, we got more bad news that in the short trip home it had now spread to his liver. Later that week we were informed that he was a stage 4 cancer patient and it had also spread to his lungs. I knew that Garit was a fighter and that he was beginning the biggest battle of his short life. Through all of his chemo treatments he still found the strength to play and be a normal 4 yr old little boy. He amazed me with his strength and courage from day one, he never complained and he did everything he was asked with a smile on his face. There were several complications during his chemo treatments including infections and unforeseen surgeries, and yet Garits strength, courage and his positive attitude never wavered. Garit completed his chemo treatments but unfortunately we learned that the cancer was still in his lungs so a surgery was set up to go in and remove the tumors in his lungs. When we went to have his surgery we just prayed this would be the end of this battle, but again more bad news came. The surgeons found that the cancer had gotten worse and had spread to his lymphatic system and also his blood. They told me that my son only had a couple months to live and we needed to go home and LIVE. Garit had a wish, he wanted to go to Disney World and he wanted to swim with the dolphins in Florida. When we went home to Live that is exactly what we did, he got his wishes and he was so happy. We knew that we had a lot of living, laughing, and loving to do in a short period of time. We cherished every moment we had and always kept our faith, he was given to us for a short time but for a reason. Garit Paul Morrison passed away on October 1 2011. He was 5 years old and experienced more in those 5 years than most of us will ever do in a lifetime. He lived, loved, laughed, cried and he fought like a true Warrior to the end!! He is now and will forever be my HERO!!! Childhood Cancer took my son but he has forever changed my life and countless others and he will NEVER be forgotten!! He is home now, flying and playing with all the other Warriors. If Garit could tell the World something I believe he would say, “Be nice to everyone, don’t be angry, and his famous words I LOVE YOU..-Sherry