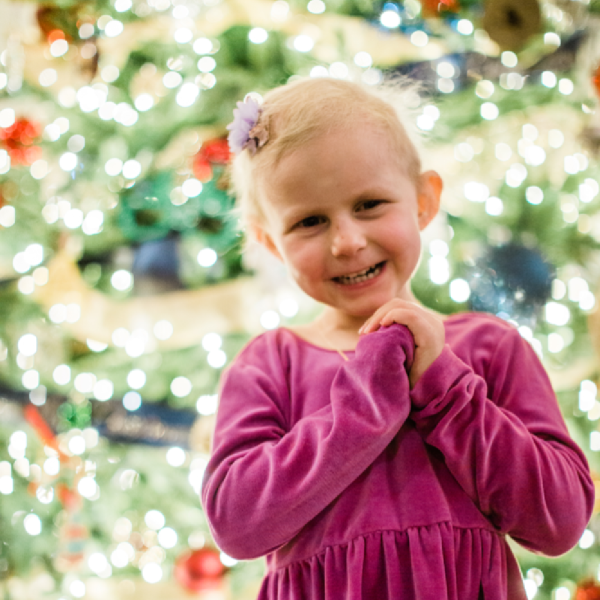 Danica was a sweet and spicy pepper of a little lady. She was born into a family in Alaska, in a childhood that seemed destined to be magical. Her daddy drove trains in the White Pass Mountains, and they lived in a forested cliff overlooking a deep fjord. Danica loved to eat the sourest wild highbush cranberries, she stomped in mud puddles with pink and teal rain boots. With a furrowed brow, she ordered her big brother around, which only made him laugh and lean into her. Not to paint a rosy picture, but she was roses. She was completely roses. Even her weaknesses were her most delicious traits. She was loud, and opinionated; the first to troll you. If she didn’t think you were being fair, it’s usually because you weren’t. She would let you know she was scandalized, because if she was trolling you, her goal was not your subjugation--it was your delight! Danica's love was a gift--one she gave only for free.

When Danica was 21 months old, she was diagnosed with Atypical Teratoid Rhabdoid Tumor (AT/RT). She underwent a 7 hour surgery, which was just the beginning of her 1199 day fight. In the course of her treatment, she did 6 months of chemo, three stem cell transplants, 6 weeks of radiation to her brain, and it appeared to work at first. Unfortunately, getting ATRT cells out of Danica's healthy brain tissue was like trying to get sand out of angel hair. The treatments resulted in complications that ran her sweet little body through the wringer.  Saying “25 surgeries” sounds seems like an emphasis on the number which removes weight from the truth of a single procedure. But "25 surgeries" is harder than it sounds. But it was more than that. She needed to be medevaced from her home in Alaska multiple times, and even a couple of times from her new home in Washington, where her family moved to help her be closer to care. There were seizures, meningitis, a broken VP shun and hydrocephalus, as well as 8 ICU stays, including isolation during the COVID-19 era.

Danica endured a great deal of hardship because of the lack of cures available to children with brain cancer. The toxicity of frontline treatments is extremely high, and carry an enormous risk of secondary disease. Moreover, for some children like Danica, the current offerings only give a little more time. Danica died at home in her parents' arms.

Though we did not get near enough time with sweet Danica, she really enjoyed her life: not just when we took her to the Disneypark in Florida and California, or to the beautiful islands of Hawaii, but also when she was in the hospital, throwing squigz with child life, or at home snuggling with mama, watching Paw Patrol with Dad, being silly with her brothers, laughing with cousins.