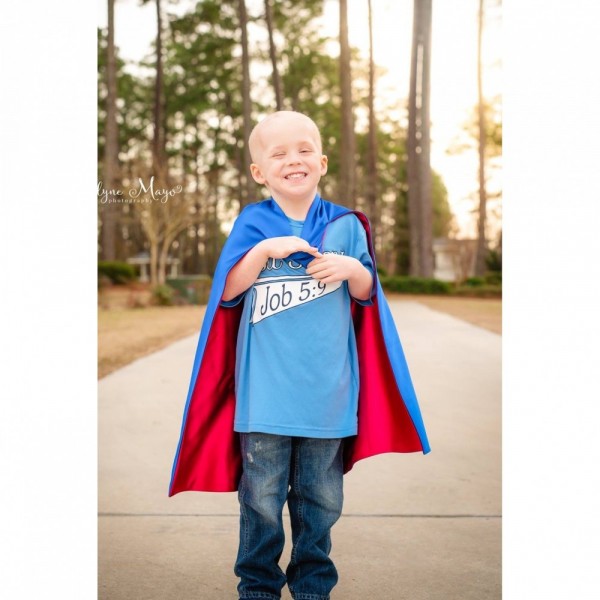 Colt is a vibrant, smart, loving child with an infectious smile and a contagious laugh. He steals the heart of everyone he meets and leaves a lasting impression, one will never forget. He is such a strong and brave fighter, refusing to give up.
Colt's onset of symptoms were sudden. He complained of a head ache, unsteady gait and began closing his right eye. We decided to get a second opinion when the first doctor who examined Colt on Saturday July 30th, wrote his symptoms off as migraines.
On Tuesday August 2, 2016, doctors found Colt's tumor on a MRI brain scan. The tumor was located in the 4th ventricle and was the size of a golf ball. The tumor had blocked off his spinal column, causing hydrocephalus and herniating his brain stem. We were in complete and utter shock! On Wednesday, August 3, Colt underwent 10 and a half hours of surgery to remove the tumor. Colt's tumor was Medulloblastoma, a rapid growing, highly metastatic tumor of the brain and spine. Colt turned 4 on August 7th, while in the hospital. Following surgery, Colt's speech and right side was affected. He had a temporary shunt and was unable to communicate, coordinate his movements, nor walk. After spending 12 days in PICU, 3 days in KISU, and 14 days in Pediatric Rehab Colt was discharged on August 31st. What a joyful day that was!!
On September 6, Colt had surgery to receive his port and received his first radiation treatment.  Colt underwent 30 cycles of radiation, receiving radiation to his entire brain and his entire spine; in addition to weekly chemo. Tuesday, October 18, was Colt's last day of radiation, completing phase 1 of treatment!  Currently, he is undergoing phase 2, which is 9 cycles or 55 weeks of chemo.
Since surgery, Colt has fully regained his speech, cognitive skills, coordination, and all motor skills. He is able to do all the things he loved. God continues to reassure us that he has this and is all apart of his plan. JOB 5:9 has continued to be a verse of strength and comfort for us. Colt will tell you that "God is healing him". GOD>CANCER
Thank you for supporting me and the more than 300,000 kids worldwide who will be diagnosed with cancer this year. By sharing the gifts of your time, talent and money with the St. Baldrick’s Foundation, you're supporting research to give all kids with cancer a better chance for a cure.