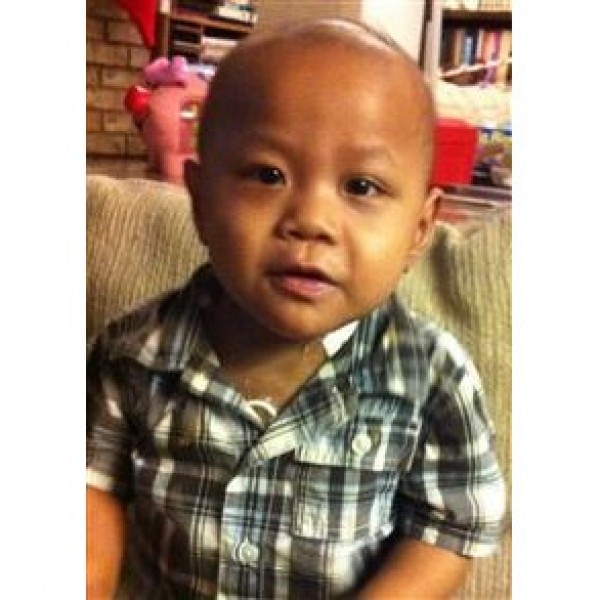 Aaden and Andy, twin boys, were born to longtime acquaintances and new parents, Andre and Aileen. In October of 2010, I learned of Aaden's journey... (excerpt) "...Aaden, one of our twin boys was diagnosed with Acute Myeloid Leukemia (AML type M7) in early August 2010. The usual standard protocol of treatment for this rare type of leukemia is 3 to 4 treatments of chemotherapy and then a stem cell transplant. Early on during the process Andre, Andy, and I got our blood tested to determine if we would be a match for Aaden. At first all preliminary tests showed Andy was a perfect match. All this time we thought Andy and Aaden were fraternal twins, however, upon further research, tests showed that they are genetically identical. What this means for Aaden is that if Andy were to be the donor and they are identical, Aaden’s body would react the same and there would be no leukemia fighting properties, the cancer would still thrive. His doctors would like to expand the options to unrelated donors as a match for him..." Urgently, friends near and far reached out and mobilized fundraisers, awareness programs, and marrow/stem-cell donor drives exploring every option to help Aaden and bolster the family in their time of need. I attended the first of these donor drives, a collaboration with AADP.com to expedite cheek swabbing/screening at the Great Mall of Milpitas; the event drew in substantial participants, many familiar faces and friends as well as generous strangers. For many of us, the rallying served as a bittersweet reunion, inspired by the Aaden's innocent strength and resillience. The prayerful and hopeful endeavors would continue for months. On the morning April 28th, 2011, I recieved the sad news that Aaden - 2 years old - had passed away. In honor of his strength and in celebration of his life, I'm dedicating my support and solidarity to the memory of Aaden R, and to the continued love of his twin brother Andy, his mother and father, Aileen and Andre.