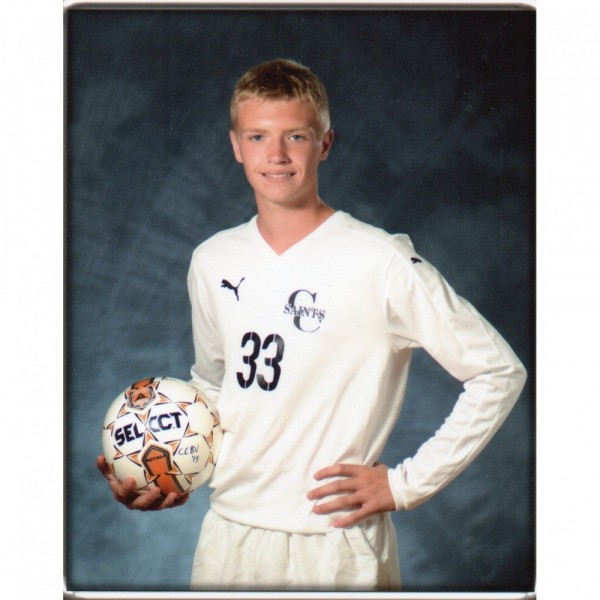 Alex is a junior at Churchville Chili High School and had dreams of becoming a pilot and applying to the Air Force Academy. He was playing soccer 5 days a week and working out at CrossFit 4 days a week to make sure he could pass the physical  portion of the Air Force application. He was supposed to sit down with a flight instructor locally to start flying lessons to get his private pilots license on August 15th, but instead we ended up making a trip to the emergency department because he almost passed out at school soccer tryouts. Alex had to be assisted off the field. Looking back, he had noticed when he played soccer and when working out, it was hard to catch his breath but he attributed to the extremely hot temperatures this past summer. It wasn't until the week before tryouts,  that he felt his heart beating harder than usual when doing activity.  In less than 2 hours of arriving at Golisano's Children's Hospital,  Alex was diagnosed with Leukemia. His whole world turned upside down and dreams of the military were lost. He was immediately admitted and started chemo that next day. Further testing revealed he had Hypodiploid ALL. The genetics of his leukemia was lacking chromosomes.  He would need a bone marrow transplant.  Both his brother and sister didn't not match Alex but we were fortunate to have found a 10/10 match that was willing to help out Alex. He celebrated his re-birthday on December 6, 2016 and has been doing pretty good. Some bumps in the road but he is working through most of them. Alex has a great team of doctors, fellows, residents, nurses, techs and we are so thankful for everything the community has done for our family.   He still plans on pursuing his dream of becoming a pilot and hopes to attend either Purdue, Embry-Riddle, Ohio State or Bowling Green for Aviation.  #WedeStrong  Thank you for supporting me and the more than 300,000 kids worldwide who will be diagnosed with cancer this year. By sharing the gifts of your time, talent and money with the St. Baldrick’s Foundation, you're supporting research to give all kids with cancer a better chance for a cure.