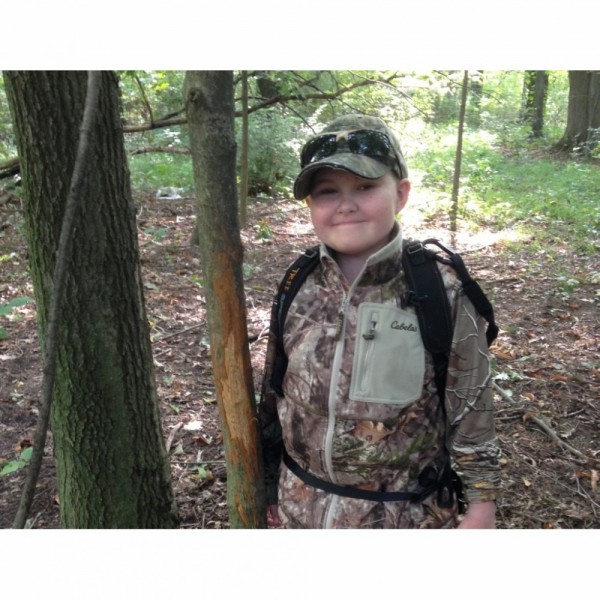 Wilson was first diagnosed with stage 4 Burkitts Leukemia/lymphoma in May of 2013 while visiting family back home in Ohio. We lived in Okinawa, Japan at the time, where we were stationed (Wilson's Daddy is a Marine). Unfortunately, Wilson relapsed after his first protocol. Had an umbilical cord blood transplant (relapsed again), many rounds of interthecal chemo, radiation and started a clinical trial. Throughout all his treatments, he remained positive and focused on living each day to the fullest. Not a day went by that we didn't have FUN -- he lived each day praising God and being a role model for others.Wilson earned his angel wings November 24, 2014 - 18 months after diagnosis. He accomplished many things in his short 8 years and continues to inspire many people in their daily lives. Wilson loved hunting, fishing, LEGOS!, his cat Duncan, his pup LuLu, and his baby sister Willa (whom he named :) ). He was always ready for a game of UNO and rocked out to some old school 80's...haha......Won't you help us honor Wilson by volunteering or donating to our team? Thank you for supporting me and the more than 300,000 kids worldwide who will be diagnosed with cancer this year. By sharing the gifts of your time, talent and money with the St. Baldrick’s Foundation, you're supporting research to give all kids with cancer a better chance for a cure.