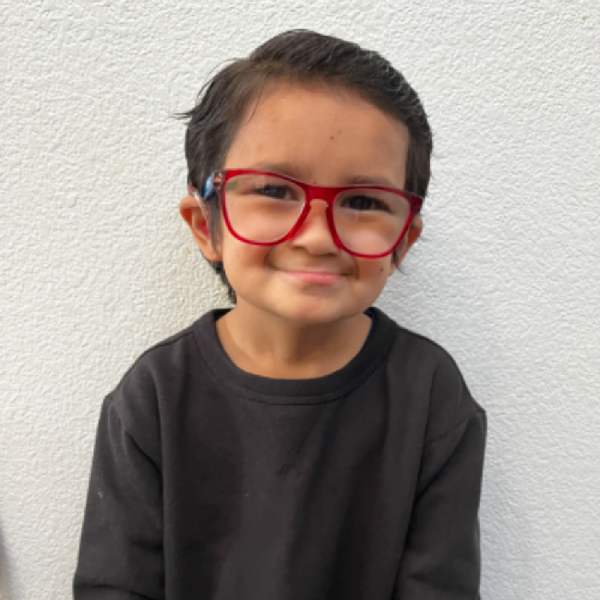 Update on Benji: Benjamin was diagnosed with a rare form of Brain Cancer in 2014 Choroid Plexus Carcinoma and if that was not rare enough just as we reached Survivorship 5 years later in 2019 Benji was Diagnosed with a secondary form of Cancer Papillary Carcinoma of the Thyroid and Lymph Nodes. Benji has gone though more then most adults will face in a lifetime. At 9 months old he was rushed to the ER only to hear those four dreadful words no parent should ever hear "Your Child Has Cancer". Benji would undergo a six and a half hour brain surgery to remove the mass that was taking up just under half of his Brain. It was a Miracle Benji made it out of that operating room as he nearly lost his life 3 times during the procedure requiring multiple transfusions to keep him alive that day he lost his entire blood supply nearly 8 times before he was stabelized. To think that was just the beginning was impossible for our family to fathom you could never imagine down the road after surviving you will hear those exact 4 dreadful words again. Today Benji is Thriving and Full of Life. Seven years old and this is a tremendous milestone for our Cancer Fighter. Cancer has Robbed many Birthdays, Holidays and Milestones and this is why we plead that you join us in our efforts to Raise Funds for such a Special Organization. As you can see its been 7yrs since we started this battle and our Children still fight with the same funding and outdated protocols.

Benji is Surviving each and everyday that passes but by no means will we  ever stop fighting for a cure. Over the course of Treatment Benji has undergone many difficult days one of the hardest was in 2016 we had what we thought would be a post treatment appointment with  oncology. cancer can truly blind side you in the blink of an eye, the though that we had to discuss weather treatment would work or the option to discontinue treatment because we were not seeing results. This is a nightmare No Child or Family should have to endure.

Brain Surgery, Thyroid & Lymph Node Removal Surgery, Radioactive Iodine, 127 Hours of toxic Poison Pumped through his tiny veins, 6 rounds of Adult Strength Chemotherapy (fact: the same protocols that were given in the 70's). Initial Chemo Therapy showed no Change in Benji's Cancer and it had already Spread and Metastasized through his entire Spine. We then moved onto Transplant Round(s) hoping one transplant would be enough but it was not, so not 2 but 3 Stem Cell Transplants was what it took to save our Child (might I mention each Transplant is equivalent to a years worth of Chemotherapy given in a 6 day span). Benji was saved in 2016 by the grace of God and 5 years later cancer made its way back, an entire different cancer, different location and to this day Thyroid Cancer for a 5 yr old is like picking a needle from a haystack. We kew Benji always gave us a run for it all but not having available resources makes it that much more difficult. From Oncology, Pulmonology, Endocrinology, Neurology, Cardiology, Neuro-Opthamology the list goes on and when you need all these specialists to survive Level One Critical Care and Resources is Needed Everywhere, no child should be denied or limited to Good Quality Care. It has not been an easy road Benji has had Major Issues related from the High Dose Chemotherapy he received to ultimately save his life. Benjamin spent over 400 days in the Hospital, traveled to an out of state Hospital, Over 65+ Blood and Platelet Transfusions, Airway Defects, Lung Issues, Tubes in just about every organ and body part imaginable. Since then Benji has had over hundreds of appointment along with Physical, Occupational, Speech and Feeding Therapy just to help regain the ability post treatment.Sleep Studies, Swallowing Studies, Lung & Bronchial Study Scopes, deformation of his teeth requiring 17 teeth to be removed along with his cells destroying his teeth the Fibers in his Ears were also Destroyed resulting in High Frequency Hearing loss, Optic Nerve Damage on both eyes resulting in early stage glaucoma due to the Trauma of his Brain Mass and Operation. To this day our Child has had over 35+ MRI's/Pet Scans combined, 35+ doses of Sedation and General Anesthesia over 35+ Hospital visits not including the 40+ Hospital Admissions he has had over the years. This is just a small part of the things a child with cancer fighting or in remission has to endure. This is What Childhood Cancer Really is, this is the REALITY our Children are left with after Surviving the unthinkable. Benjamin and Childrens all over will Never quite get to live a Normal Life and sadly a Childhood Cancer Fighter can only Dream of what its like to have a Normal Sick Day but Many Many Childrens don't get the Chance to Survive and others don't even get a Fighting Chance. Childhood Cancer is given only 4% Funding and St. Baldricks Foundation is the leading Contributor to making a Difference. Team Super Benji asks that you Find it in your heard to be aware and Help be the Voice our Children desperatly need to have a FIGHTING Chance at Life. We encourage anyone from any walks of life, adults and children to be involved just as  we are to help make a difference. Miracles come in all shapes and sizes and can happen anywhere any place far & wide. We Thank You for taking the time to give our Children a Better Tomorrow.

To our Angels that were taken from us too soon, we will Never Give up and you are Forever in our Hearts. We will Continue Be Brave and Be a Voice because Your Fight will Forever Live On.