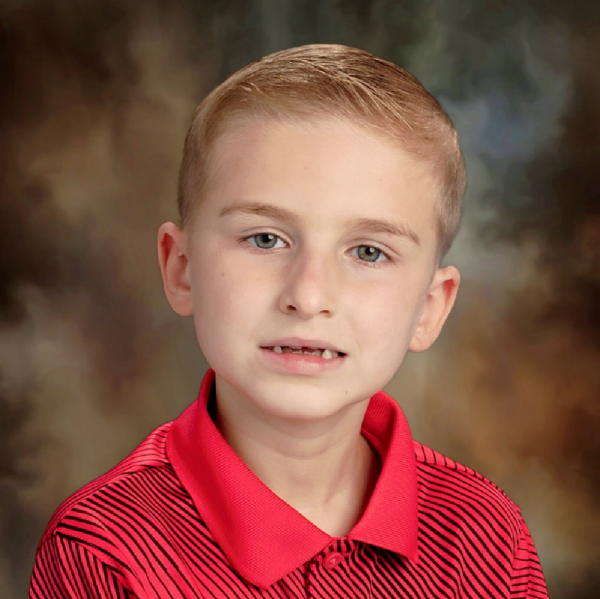 In December of 2016, at the age of 2, Mason told us that his belly hurt. Mason’s daddy felt a tiny lump in his belly that made him wriggle with pain. We took him to the pediatrician to have it checked out. The doctor’s initial diagnosis was that it was an abdominal hernia and referred us to a pediatric surgeon. Three weeks later we had our consultation with the surgeon. He informed us that it was not a hernia but a mass. He told us that he has seen this before and it’s most likely benign. The next day Mason had a CT scan and the following Tuesday he had a biopsy of the mass. Friday, January 27, 2017, a day we will never forget, we went to the surgeon’s office for a follow-up visit. We sat in a room waiting for the surgeon to come in to check the incision from Mason's biopsy surgery. I'll never forget the look on the surgeon's face when he opened the door. This once funny, upbeat doctor, who joked with us at our previous appointment, looked at us with pain in his eyes. Fear immediately consumed me.  Mason sat on my lap and my legs began to shake as he delivered the words "cancer" and "neuroblastoma". Tears began to stream down my face. I tried to contain them for Mason’s sake. Mason kept turning around to look at me. He wanted to know if mommy was okay. At that moment, mommy didn't think she'd ever be okay again. Mark and I attempted to keep our composure as we walked to our car. We buckled Mason into his car seat, walked to the back of the car where he couldn't see us, and we collapsed into each other’s arms and cried.

The following week Mason had scans at Hopkins to find out where the cancer was and what stage. It had spread from the tumor in his belly to his bones and bone marrow. The final diagnosis was stage 4, high risk, neuroblastoma. Our two year old had stage 4 cancer. We were terrified of what was to come. Our baby was getting ready to fight for his life. I was angry. I was heartbroken. I felt helpless. But we held it together. We pushed through. The next week Mason went back to Hopkins to have a Hickman line placed in his chest. That night he received his first infusion of chemotherapy.

Since that time Mason has had four surgeries, 5 rounds of chemo, a 12-hour pheresis under anesthesia, 6 cycles of immunotherapy, a stem cell transplant, radiation, countless pokes, x-rays, medications, blood and platelet transfusions, anxiety-inducing scans, and over 100 nights in the hospital.

In May 2017 Mason’s scans came back clear and he was declared “NED” which stands for “No Evidence of Disease”. The chemo had done its job and killed all of the cancer. In February 2018 Mason finished his treatment. In March he had scans to confirm that he was still in NED, had his Hickman line removed, and rang the end of treatment bell!

It was a long, hard 14 months of ups and downs, fear and joy, love and loss. Our little superhero fought and continues to fight because it'll never be over. He has taught me more about life in the past two years than I ever knew before. He has shown compassion to other patients while receiving treatments. He told jokes to nurses to make them laugh while lying in a hospital bed hooked up to poisons. He would see me cry and tell me, "it's okay". At just 4 years old and 3 feet tall he knows so much about life, empathy, and selflessness. He is the strongest, kindest, most courageous, and caring person I know. He truly is an exceptional little boy and gives us more joy than I can put into words. Through all of the pain and fear, Mason smiles that most perfect smile. He laughs his infectious laugh. He brightens any room he walks into. He enjoys life like no other. I look up to him in so many ways. When I think I cannot handle anymore I look at him and all that he has endured in his little life and he gives me hope. He is the epitome of strength and bravery. Not once has he given up. He has a fire inside him that will not burn out. Mason has a heart of gold, tenacity for life, and so much love. He truly is our hero and our inspiration.

This May we will celebrate 5 years since we heard the words "cancer free" and we couldn't be more happy and excited for this hero!