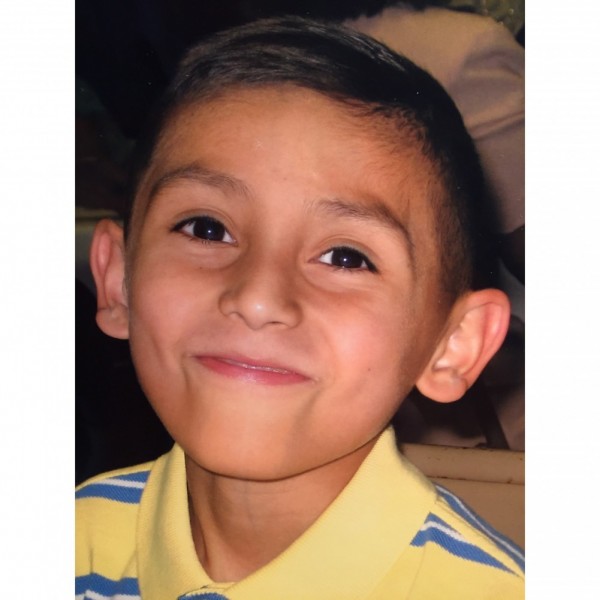 Carlos Luke was diagnosed with childhood cancer in 2005 when he was only five years old. Today he would be fifteen years old, but unfortunately lost his battle in 2007 at the age of seven. Ten years ago, a week before he was to start kindergarten, it started as abdominal pain. Many tests were done here in Victoria but we were told that it was indeed cancer but needed to go somewhere to know what type and treatment was needed. So we traveled to M.D. Anderson in Houston, Texas. Once there his pain was controlled and he underwent a biopsy to determine the type of cancer it was. It took a week to determine what type it was. It was called Desmoplastic small round cell tumors, a very rare and aggressive cancer. The lifespan is known to be 2-5 years in the research. He was the very first case at M.D. Anderson. A team of doctors collaborated a plan on how to attack the tumors. 1 round of chemotherapy began first followed a surgery scheduled for January of 2006. Before surgery he got to come home for Christmas with in house treatment and by this point had lost all his hair and looked like a child with cancer. At the end of January, he underwent surgery which was a 16 hour long procedure consisting of two teams of doctors. They removed 408 tumors by hand followed by hyperthermic peritoneal perfusion with chemotherapy. He was in ICU for two weeks following surgery. Then began rounds of radiation to the abdomen. He handled them well, no signs of scarring only made him tired which was expected. For most of 2006 he did extremely well especially after the surgery with only chemo and radiation then eventually went into remission. We celebrated that he had made it this far and got his wish granted from the Make a Wish foundation to go to Disney World in Florida. It was a week of fun and laughter without any thoughts of him being sick or sad. He had a great time and the time we spent together will always be unforgettable. In 2007 in early April, we were still celebrating and living life to the fullest and spending as much time together as possible. Two weeks had passed and we received a phone call that his cancer was back. So we went back to Houston and began treatment again. In July of 2007 we were told there was no longer anything they could do for our little boy. We were sent home with Hospice and he was kept comfortable throughout his final days. We only had two more months with him. He went peacefully on the night of September 29, 2007 with my husband, myself and his two sisters by his side. It was a very special moment only we got to share with him and something we will always remember. There is so much more I could share about his journey and many more details but I think I should also share about who he was besides just his cancer story. He was a beautiful little baby who was the first boy in our family. He was a smart, happy child. He loved being outside in his rubber boots riding his bike. When he started first grade at Chandler Elementary, this was the first time he really got away from home and the doctors. He made friends for the first time. He joined the Boy Scouts and a baseball team, the Cardinals. He enjoyed camping and fishing. He would be the only one who would ever catch anything. He also enjoyed being with his friends and playing video games. He got to experience as much of a life as possible for the little time he had in this world. We made sure he was spoiled and loved. He may have lost his battle but he will always be remembered by all his loved ones. We miss him dearly but know he is looking out for us and we will all be together one day. Until then we will continue living and share what an amazing boy he was.