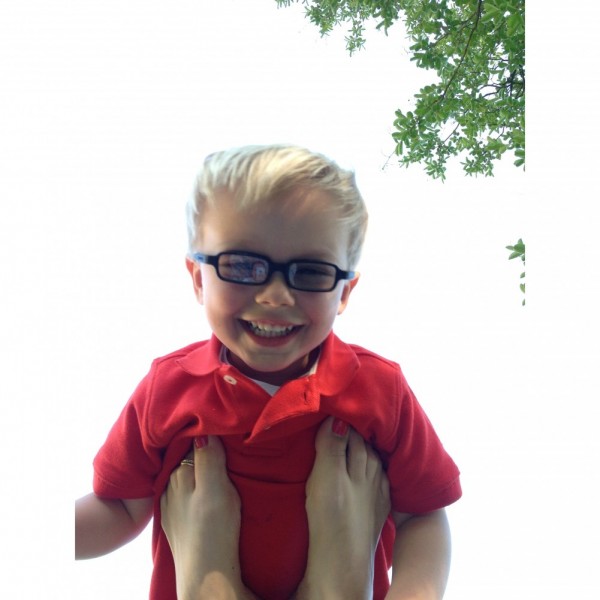 On April 23, 2012, just one week before his 2nd birthday, we took Sammy to a Pediatric Ophthalmologist to check a "spot" on his iris. I thought surely I was being silly, that is was "nothing"; but why not just have it checked-out? We were immediately referred to Duke for further evaluation, and thus started this life changing journey with our sweet boy. After 7 months of monitoring this growing tumor, the official diagnosis was made on November 5, 2012: Iris Melanoma. It was unheard of, unprecedented...2 year olds just don't get this type of cancer! But here we are. Sammy began Plaque Radiation Therapy at Duke Hospital on December 12, 2012. It was a 5 day treatment process where a radioactive plaque was sewn to his eye and very precisely targeted at his tumors. As of writing this today, it's been 37 days since the plaque was removed. While we are still in the fog of uncertainty, Sammy is doing incredible. He wears a patch over his left eye, endures steroid, antibiotic, dilating ointment and drops four times a day. He is a trooper. We coined him "our Tough Monkey". He loves outside, but hates bright lights. He is all about fire trucks and Batman, but thinks pink is for girls! He has learned to how to get mom to procrastinate doing drops by saying, "one more minute, Mom". When he gets excited about something he screams, "YEAH! Let's Do It!". While looking at the St. Baldrick's website one day, Sammy asked about the children he saw in the pictures. I told Sammy how people shaved their heads to support kids who are sick, like the ones we met at the hospital. With the genuine compassion that only a child can have...he looked at me and said "Let's Do It, Mom!!" So again, here we are, team SHAVE IT FOR SAMMY. Thank you for supporting me, Sammy and the more than 300,000 kids worldwide who will be diagnosed with cancer this year. By sharing the gifts of your time, talent and money with the St. Baldrick’s Foundation, you're supporting research to give all kids with cancer a better chance for a cure.