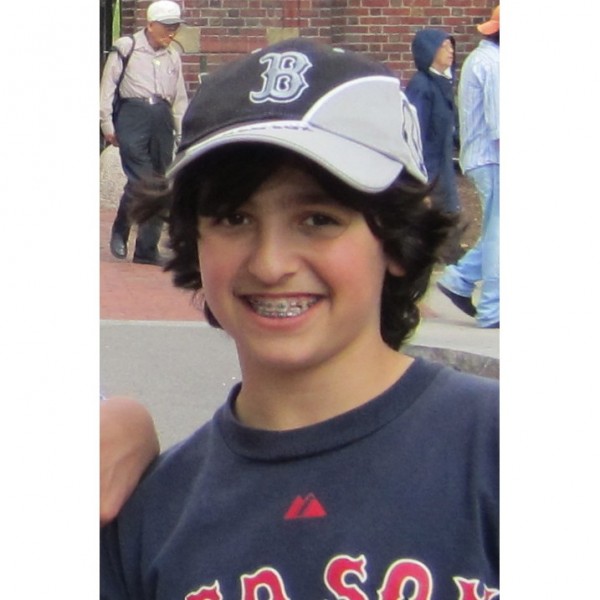 There was never any question that Sam B. would be a Red Sox fan. His great-grandfathers were alive when Fenway Park was built; his grandfathers watched Teddy Ballgame hit 'em over the Big Green Monster; and his parents (well, his father, mainly) somehow managed to reconcile themselves to Bill Buckner's botched play in 1986 long enough to give birth to another member of Red Sox Nation. Born in 1997, Sam is the first in his family to take for granted his team's chances at a World Series win. (Sam thinks they're "pretty good" this year, but, like all Red Sox fans, even the young ones, he takes nothing for granted.) Of course, there's more to life than baseball, and Sam's other interests include virtually all of the other sports that end in the word "ball". He also enjoys chess, video games, eating, and cooking. He is an excellent student, a fine golfer, and a somewhat tolerant older brother, which is really the most his younger brother Adam can hope for. The support and love shown by his friends and our community is testament to Sam's good nature, his willingness to help others, his sense of humor, and what a political pollster might refer to as his "likability quotient." Sam is a very, very likable kid. Even bald.