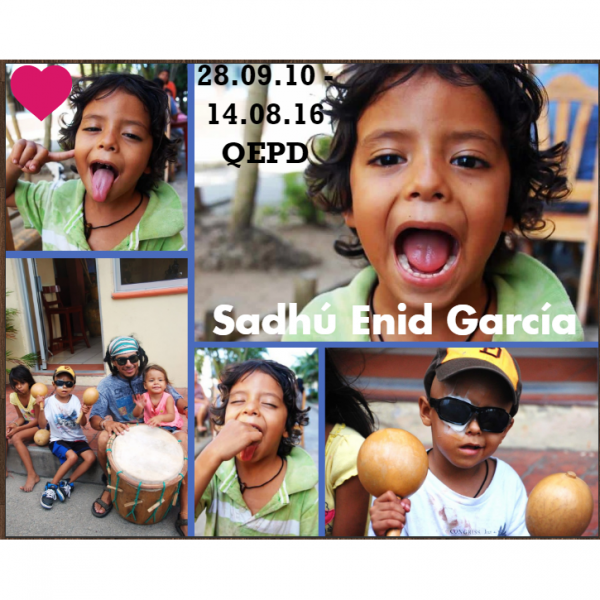 I met Sadhú and his older sister Bella in Honduras in July, 2015, during one of our beach visits following a week of building schools. He was just under 5 years of age, and one of the happiest, sweetest little boys. He and Bella entertained us with silly faces and stories, while their dad, Lenin, gave the other volunteers braids and hair wraps.  It was heartbreaking to see Sadhú again in July of 2016, three months after being diagnosed with a brain tumor and being treated with chemotherapy. Unfortunately, Sadhú passed away in August, just 6 weeks shy of his 6th birthday, another life lost to the tragedy of childhood cancer.  Because of this horrible disease, Sadhú will never have the chance to grow into the amazing person we all knew he would have become. He was a funny, kind, eager, and curious little boy, wise beyond his years, always wanting to know more about anything and everything. He left an impression on everyone who met him through his positive energy and zest for life.  Throughout his illness and treatment, Sadhú talked about his older sister, Bella, who he always cared for, and his younger sister, Jade. While he wasn't afraid of dying, he was worried about his sisters, and expressed concern that he wouldn't be around to take care of them once he was gone.Please consider making a tax-deductible donation to St. Baldrick's to aid in the research for childhood cancer, so kids like Sadhú have a fighting chance at survival.