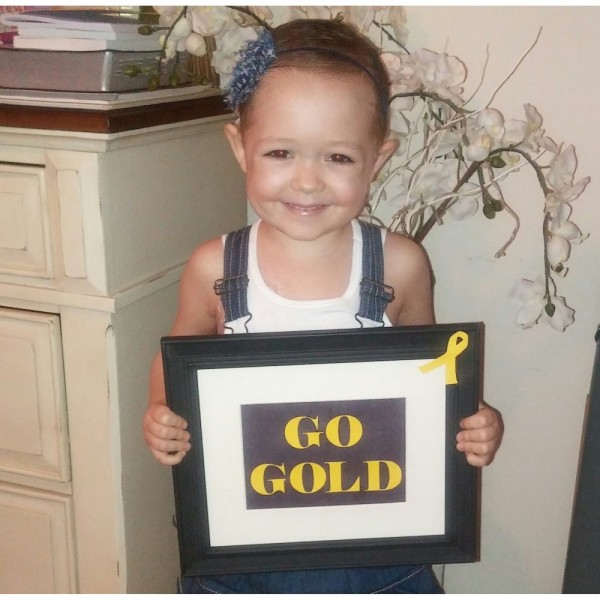 On June 16, 2015, McKynsie's family received the devastating news that she had leukemia. They were on a family vacation, enjoying being on the river, playing in the pool, just having fun as a family. At the very end of May, McKynsie's mother, Jennifer, noticed McKynsie wanting to nap during the day, which was something she never wanted to do. It started to progress to more and more naps each day. Then about a week later, bruises would start to appear all over her body; on her legs, arms, back, belly, neck. Then one day, besides the bruises all over, purple dots, called "petechiae" started appearing. Mom knew a little bit about what this could be and knew something was very wrong and planned to call the doctor the next day. On June 16, 2015, Kynsie woke up very happy, played fashion show with her sister doing their hair and makeup. They went for a walk, picked flowers and Kynsie complained of being tired and her legs hurting. Jennifer brought her inside, so she could rest. After she was up, she seemed more energized, but that was only for a short while. They were playing in the pool and McKynsie was laughing one minute, and then hit severe exhaustion the next. She wanted to lay down on the lounge chair. As soon as she was put down, she went right to sleep and mom called the doctor. It was 4:17 p.m., and the nurse on the other end said to get to the office ASAP and that they would wait for them to arrive. She was seen by the doctor who did her hemoglobin and it was determined that it was not just low, it was worrisome low. Due to the low hemoglobin, bruising, enlarged liver and spleen, the doctor believed it was something with her "bone marrow," which mom knew right away what that could be linked to – leukemia. They told her to go straight to the Golisano Children's Hospital for further evaluation. As soon as they got to the 4th Floor, they were greeted by nurses who started explaining processes of what was to happen. She spoke to a doctor while the nurses placed an I.V. in McKynsie to get her labs. It was determined that day, June 16, that McKynsie did have leukemia but to confirm factually, as well as what type it was, they would need to do a bone marrow test to know for certain. She also was so low in her platelets and hemoglobin that they needed to do a transfusion. They were told that they were staying there until the following week for further tests and to start chemo. Everything happened so quickly. The family was having fun in the sun that day, but that night, sitting in a hospital with their little girl getting a blood transfusion, awaiting to see which type of leukemia she had. On June 18, 2015, after her bone marrow procedure, they determined it to be A.L.L. – Acute Lymphoblastic Leukemia. To date, since diagnosis, McKynsie has endured over 30 transfusions (blood and platelets), spent more than 135 days in the hospital, battled infections such as thrush, cellulitis and strep, had more than 20 procedures, and has remained STRONG, BRAVE and COURAGEOUS!