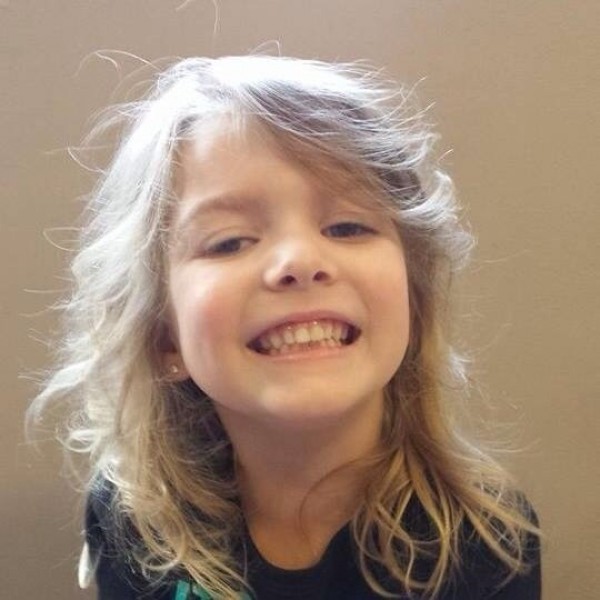 Developmentally, Amanda “Mandy” was on target at each traditional milestone. She never experienced any significant illnesses or injuries. Then, in May 2015, things changed. She began to complain on and off of headaches, which were accompanied by vomiting. She began to suffer from night terrors too. At first, we thought she was having seasonal allergies and going through a growth spurt. Then, she was diagnosed with strep throat. At the same time, her right eye began to ‘wander’ and her gait became increasingly unsteady. As the symptoms progressed, we became more concerned as did her pediatrician. He sent us to the hospital for a CT scan and at 1:00am on June 6, 2015 we were told our perfect, happy, beautiful 4-year-old daughter was living with a monster inside her brain: Diffuse Intrinsic Pontine Glioma, a rare and inoperable tumor found in the pons part of the brainstem.   That day our family was thrown into the devastating world of pediatric cancer; our lives forever changed. We were told staggering statistics about median survival ranging from 9 to 12 months; children with DIPG have a less than 10% chance of surviving 2 years. We immediately began researching options and treatments. Mandy underwent two major surgeries within those first three days: one for a shunt to relieve the cerebral spinal fluid build-up and pressure in her brain, and another for a mediport to easily access her for bloodwork, anesthesia and, potentially, chemotherapy. However, shortly after diagnosis, on June 15th Mandy took a turn for the worse. Her tumor grew and she lost all ability to walk, talk, eat, and communicate. We were admitted to the PICU at Memorial Sloan Kettering Cancer Center. She began radiation therapy and half way through treatment, Mandy gained back all functions except walking. We got our little girl back and tried our best to enjoy every moment of the summer! Unfortunately, a mere 7 weeks later the symptoms started to reappear and on August 26, 2015 we were readmitted to Memorial Sloan Kettering Cancer Center. An MRI confirmed what we were dreading: tumor progression. Over the next four days, Mandy lost her ability to eat, talk and communicate again. On September 3, 2015, we were sent home with hospice care and were told to prepare our goodbyes. Four days after her 5th birthday, on January 25, 2016, Mandy passed away peacefully in her home, in her mother's arms.Mandy was courageous, easy-going, thoughtful, kind, helpful, confident and reliable. Although timid at first, once she let you in she wouldn't let go. She idolized her big brother and loved babies, possessing an innate motherly instinct. She also loved anything ‘girly’: fancy dresses, sparkly shoes, make-up, purses, and jewelry. Yet, she was not afraid to get dirty and messy. Her favorite places: the beach or on vacation at a hotel. She taught us to be strong. To be brave. To fight for what we want. That it's okay to be strong-willed and stubborn. To not be afraid to be yourself. Mandy had more confidence at 5 than most people have at 35. She never cared what people thought about her (in the best way possible). Her intentions were never to be mean or rude but she also wasn't going to do something just because someone else wanted her to. Through all that she underwent Mandy did not complain once or ask why this was happening to her. She simply went along with whatever was asked of her. Even when she experienced ‘roid rages’ from the Decadron or suffered through being poked over and over, she was easy to distract and a bowl of mac & cheese or spending some time painting would immediately brighten her mood. She worked tirelessly in OT and PT regardless of the pain because she was determined to walk again. We will forever remain awed by her strength, faith and resiliency. We love you always, Mandy. We are so proud of you and the mark you’ve left on all those you’ve touched! We are beyond blessed to have been chosen to be your parents.