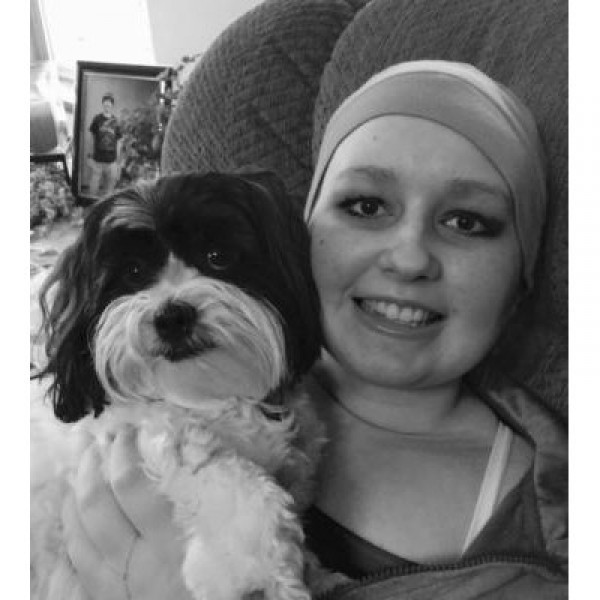 Kayli was diagnosed at the age of 8 with ganglioneuroblastoma. At age 21 and in her 13th year of follow up, she had relapsed three times, endured 4 major abdominal surgeries, removal of 5 tumors, chemo, radiation and countless procedures. There were tumors in her spine, shoulders, hips, leg, arm and pelvis. Kayli continued through everything to glorify God through the trials she was presented with, and finished her journey on this earth on December 13th, 2015. When Kayli was 8 years old, she went to the doctor for her well child check-up. Upon examination, our doctor felt a large mass in her abdomen and sent us to Akron Children's. After a whirlwind of tests and then surgery, Kayli was given the diagnosis of ganglioneuroblastoma. Her tumor was the size of a grapefruit and they were not able to resect all of it, due to it lying along the vena cava. For the next four and a half years, she was followed closely with scans and tests to monitor the residual cells. Almost five years after diagnosis, she had another tumor grow, which required removal again. The same amount was removed, only this time she contracted a staph infection in her 10in. incision. She had surgery again and had to have a wound vac and stay in the hospital for awhile. After 3 months of healing, she was able to resume activity and continued monitoring by the hospital. Another year later, she had 3 tumors come back at once. More surgery, but a complete tumor resection this time! She then began chemo, which her body did not tolerate well at all. Her counts dropped and just did not want to recover well. She had to end her chemo early due to her bodies inability to handle more. She then completed 16 radiation treatments, which left her body more weakened. In September 2012, her tumors began spreading once more. Throughout her years of treatment, Kayli remained focused on God's perfect plan in her life.