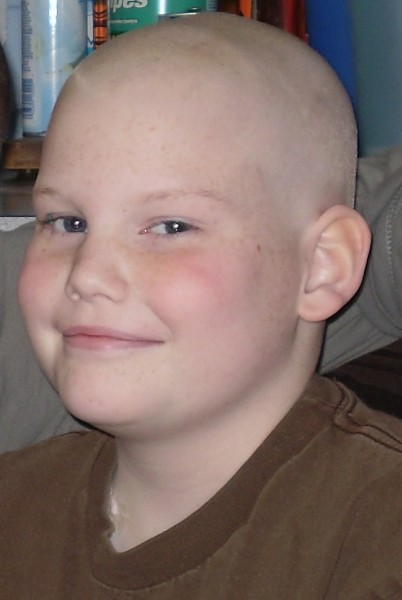 Jeffrey was a very happy, bright, loving 10 year old boy when he was diagnosed. He was given 4 months to live with his cancer, which, at the time, had only been found in 37 people nationwide. Through experimental chemo-therapies he pushed that 4 months to a year. During his treatments his doctors were able to learn so much through him about this cancer that, without him, never would have been found, including diagnosing several new cases and realizing it's not so rare but in fact misdiagnosed probably for years due to the severity and quick spreading nature of this cancer. Jeffrey's cancer attacked his entire mid-line area and also his brain; he underwent multiple surgeries including open heart to remove his tumors. Through everything, Jeffrey kept a very positive attitude along with a smile on his face. The one thing that bothered him the most was seeing other children suffering through treatments and their cancers. He was a large part of all his treatments decisions; he chose to continue with his treatments with the hope of finding the cure. Jeffrey was a fighter right until he took his very last breath on August 6, 2009, he first presented with cancer symptoms on August 31, 2008. Jeffrey was home schooled for his entire 5th grade school year due to treatments but he was able to graduate with his class and was promoted to the 6th grade. Due to the experimental treatments Jeffrey endured, he was responsible for the successful treatment and cure to multiple children suffering with Leukemia at Boston Children's Hospital. He may not have found his cure but he paved the road for a cure to be found for his cancer and was able to take the suffering away from another child, I know that's what he would have been the most proud of. He is so missed by all that knew him, his spirit and smile will forever fill us with love until we are together again.