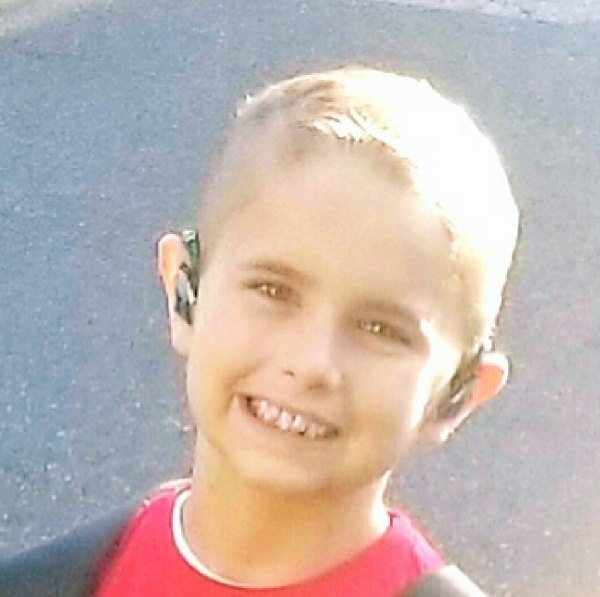 Jackson was diagnosed with Stage 4 High Risk Neuroblastoma in Oct 2015, at just 2 1/2 years old. At the time, he had 3 tumors (his primary on his vena cava, one in his gall bladder, one in his liver), cancer in many bones throughout his body, & also in his bone marrow. He went through 2.5 years of chemo, radiation, 2 stem cell transplants, & immunotherapy at Akron Children's Hospital & was finally declared cancer free. Jackson remained cancer free just shy of 2 years while going through a trial at Nationwide Children's in Columbus, OH, a trial which was meant to hopefully keep Jackson cancer free. However, before completing the trial, Jackson relapsed in his Central Nervous System in late 2018. Upon relapse, he had 2 tumors in his spinal column & cancer clusters throughout his spinal column, on his brain, & his ear canals. Jackson then began a trial at Memorial Sloan Kettering in NYC specifically for CNS Relapse. This treatment included additional chemo, radiation, & port placement in his skull to have liquid radiation injected through his central nervous system. They were able to get Jackson cancer free once again. Only by God's hand has this been possible! However, Jackson still has about another year of treatments, including a vaccine trial through Memorial Sloan, as well as 2 more rounds of oral chemo, in hopes of the cancer not returning a 3rd time. That means, Jackson has spent 4.5 out of his 7 years here on earth going through some sort of treatments for cancer. So what can you do? You can skip that next trip to Starbucks. You can pack your lunch one day instead of buying. You can stay home for dinner one night instead of going out. Then take the money you would have spent doing those things & donate to St Baldrick's instead so that one day no child EVER has to go through what my Jackson has & that no more parents will ever have to witness their child go through treatments that we as adults couldn't handle ourselves. So that no parent ever has to bury their child & never get to hear their child's sweet, unique voice say "I love you" again. Every dollar, every penny helps. Surely a donation to St Baldrick's & knowing that you made a difference to save the lives of innocent children would leave a better taste in your mouth than Starbucks would anyway!