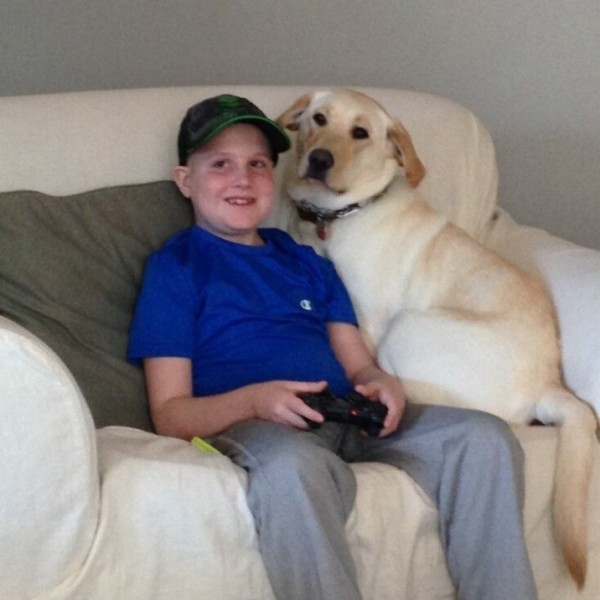 Shortly after Jack's 6th birthday he was diagnosed with ALL. After three years and three months of treatment he was declared cancer free. That was supposed to be the end of the story. One year and 2 days after his last treatment we learned his cancer had come back. That was September 29, 2014. On February 6, 2014 Jack received a new chance at life cancer free. On that day he received a donor stem cell transplant. The transplant process was hard on Jack but he has shown his remarkable strength and willpower to conquer this beast called cancer. After four months in Minneapolis we were sent home to begin a "new normal", life after a bone marrow transplant.  Jack continues to do well. Since coming home he has gone back to school, beginning the 5th grade this fall. His hair has grown back and he says he will not cut it until March 2016 at the Sioux Falls St. Baldrick's head shaving event.  Currently bone marrow (stem cell) transplants are the only viable option for many ALL patients who relapse.  Even with the transplant, Jack's chance of another relapse is too high.  Not to mention the long-term side effects from they years of toxic chemotherapy and secondary cancers that can develop due to the radiation and chemotherapy. Breakthroughs in treatments for this horrible disease are starting to happen.  Breakthroughs that would not be possible without the funding from St. Baldrick's and donations from people like you.  Jack has spent most of his childhood fighting this disease.  He's missed many of the things we take for granted as part of childhood - school, swimming, jumping on a trampoline, running with friends. Please consider donating to St. Baldrick's so more kids have an opportunity to just be kids, instead of patients; and spend more time outside playing than inside a hospital room.  Thank you.