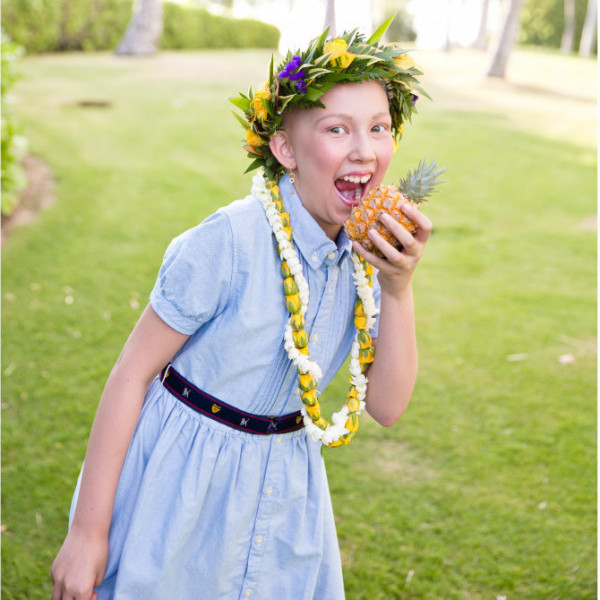 Grace is a smart, beautiful, thoughtful, and sweet spirited child. She loves history, ballroom dancing, reading, and fashion. She also loves to travel and since her father serves in the US Navy she has been able to see some amazing places. We currently are living in Hawaii and have truly enjoyed taking advantage of the beaches and marine life here. Our last vacation to the Big Island, before everything changed, was a special one. We hiked to waterfalls, went horseback riding, saw turtles, and even watched the lava flow in Volcanic National Park. Little did we know that only ten days later our lives would change so drastically. On October 18th Grace went to bed just like normal. After laying down for about 20 minutes, she complained about some pain and shortness of breath. After telling us, we realized her heart was beating very fast. We took her into the emergency room that night and after an x-ray they discovered that her left lung had collapsed. This was due to her chest cavity being filled with fluid which had also shifted her heart slightly to the right side of her body. She was then taken to Kapiolani Hospital for Women and Children by ambulance that same night. Once there, the doctors informed us that the main concern was a mass they had found on her diaphragm. After several days of tests, we were told that she had been diagnosed with a type of cancer called Rhabdomyosarcoma. She went through 54 weeks of intense chemotherapy and 34 radiation treatment. She was in remission for almost 10 months when in late October 2018 we found a large lump on her rib cage.   Once again, after biopsies and scans, we found out that Grace had relapsed and this horrible beast, Rhabdomyosarcoma, was back.  Grace is a fighter and she will not let this cancer define her.  As of now she is part of a trial, and we are hopeful for full remission   Thank you for supporting us and the more than 300,000 kids worldwide who will be diagnosed with cancer this year. By sharing the gifts of your time, talent and money with the St. Baldrick’s Foundation, you're supporting research to give all kids with cancer a better chance for a cure.