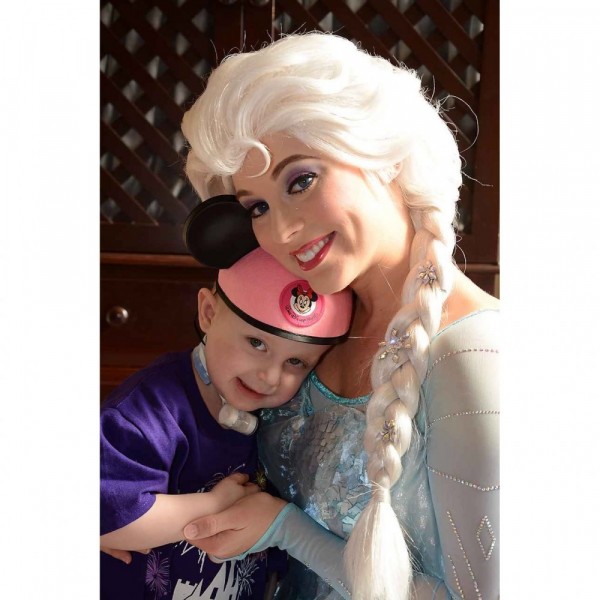 In October 2015, my husband and I had noticed that our two year old daughter Emily was beginning to get some facial paralysis. After a few days of it slowly getting worse, we became concerned and took Emily to her pediatrician. The pediatrician suggested we take her to the neurologist to be seen. We then met with the neurologist who then assessed Emily. After assessing Emily she said that she believed it was Bells Palsy and to keep an eye on it and that she would have Emily come back for an MRI in a month. Slowly we noticed that the paralysis got even worse and her face became a little swollen. She also started falling a lot and her balance was off. One day Emily woke up and wouldn't eat or drink and was very lethargic. I decided then that she needed to have an MRI immediately. I took her to the emergency room where they tried to tell us that she wasn't sick and to take her home. Trusting my motherly instinct I demanded that they do an MRI right then. They were not staffed to do an MRI at that moment so I settled for a CT scan. When they completed the scan, they saw a large mass on her brain. She was diagnosed with Medduloblastoma. Emily underwent surgery on December 17, 2015 to remove her tumor. She also had some cancer in her spine. After doing some research we felt like St Jude was the best place for her. Emily has undergone ten rounds of chemo and is now doing six weeks of radiation. We hope that this will be the end of her treatment and that she will be cured.