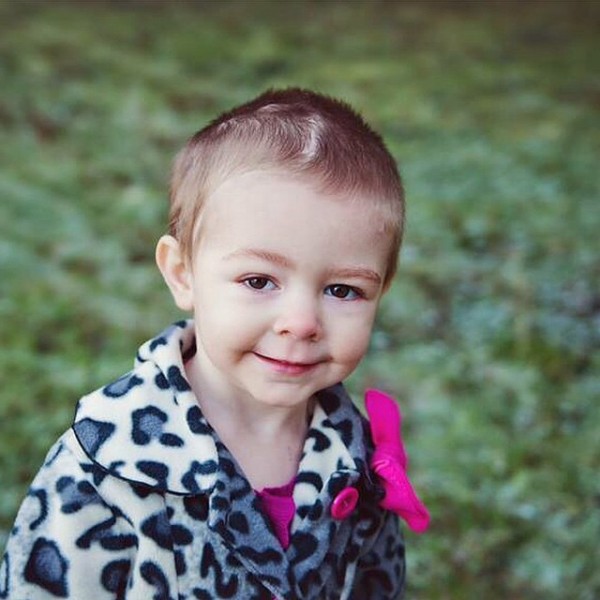 Ellie is the daughter of Kyle and Sarah, and she also has a big sister named Ava! On May 7th, 2013 we found out that Ellie (Four months old) had a brain tumor that was 1/3 the size of her brain, She underwent a seven hour surgery to remove the tumor. On the 14th of May she was taken into another four hour surgery to place a VP shunt into her brain to release the fluid that was building on her brain, because she also suffers from Hydrocephalus. We later found out that Ellie has DIG/DIA; Desmoplastic infantile ganglioglioma/astrocytoma. On August 3rd she had an MRI to determine that her tumor had grew back, she underwent a third surgery on August 23rd.Three weeks later another MRI showed that yet again her tumor was growing back, and on October 4th she started her first round of chemotherapy on November 15th we found out that chemo was working and her tumor was shrinking!! On February Fourth, 2014 we found out that her tumor, was stable. Ellie planned to continue with her chemotherapy until October of 2014, but on July 11, 2014 we found out that her tumor was no longer responding to chemotherapy and that her tumor had grown. She underwent her fourth brain surgery on July 28th, 2014. From August to November of 2014 Ellie had four more brain surgeries, shunt malfunctions, uncontrollable fevers, she went into septic shock, and had meningitis (IV antibiotics for six weeks). Ellie's next MRI showed slight growth, but not enough to start chemotherapy again until the following January. We had the holidays free from chemo - a true Christmas miracle! Ellie struggled and fought to overcome her cancer for three and a half years, but on January 15th 2017, she passed away. She is missed and loved so much.