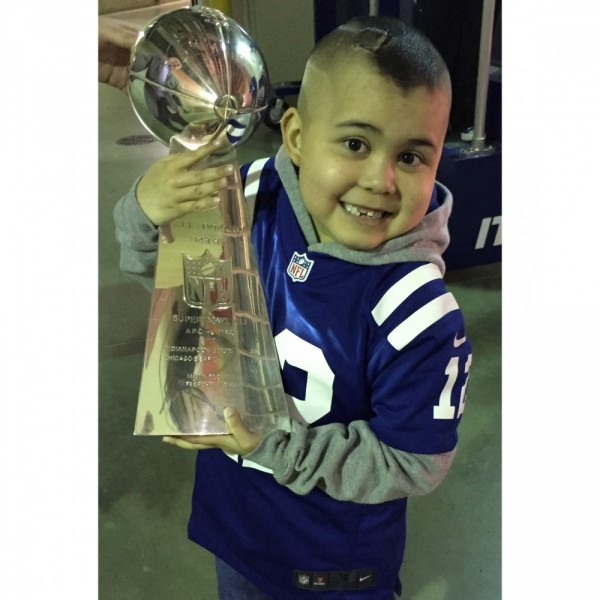 Derick Palmer always knew how to bring a smile to anyone’s face. He was brought into this world five weeks premature on October 9th, 2006 in Sicily. The perfect combination of his mama and dad. His love of sports inherited from his dad and his sense of humor from his mom. Derick’s contagious smile and wittiness brought a lot of happiness to his family – the kind of happiness that they did not even know they were missing. Derick was the ultimate boy. Between the ages of 1 1/2 - 4 years old he loved hitting baseballs off of a tee, throwing rocks down a storm drain, pushing his Hot Wheel cars down tracks for hours, and his favorite thing of all; flirting with all of the ladies.  Between the ages of 4 & 6 he was an all-around athlete, playing baseball, football and  basketball.  At 5 years old even competed in a kid’s triathlon and won 2nd place. Derick loved challenging everyone to the games of Monopoly and War, making every opponent groan in defeat by the end of the first round. Between ages 6-8 years old, Nerf guns were one of Derick’s biggest passions. Whether at the hospital, at home, or the biggest Nerf War in Portsmouth, Virginia, he was always prepared for battle. His witty personality allowed him to keep up with his 2 older sisters.  In the spring of 2013 at the age of 6, Derick was diagnosed with Medulloblastoma, a fight that he stood tall again for almost 2 years. During treatments, there were more good days than bad. His average day usually consisted of school, playing with friends, laughing, and just being a kid. He found the good in the bad, when he got lemons he made lemonade, and never complained about his treatments. When Derick’s cancer relapsed, he accepted it and continued fighting on until his body could not fight anymore. Derick served as an advocate for other children with similar circumstances, always willing to speak to the kids about treatments and showing them and their parents that they have to be brave. He always volunteered selflessly whether it was to raise money for a cure or help those in need.He was a magnet with a big heart that drew in everyone around him. Derick the Defeater was stronger, bigger, and braver than cancer could ever be. His loving and fighting spirit will live on in everyone who was touched by his incredible life.#Derick Strong= Live a good life by being selfless, kindhearted, always try your best and never give up.Live your life DERICK STRONG.