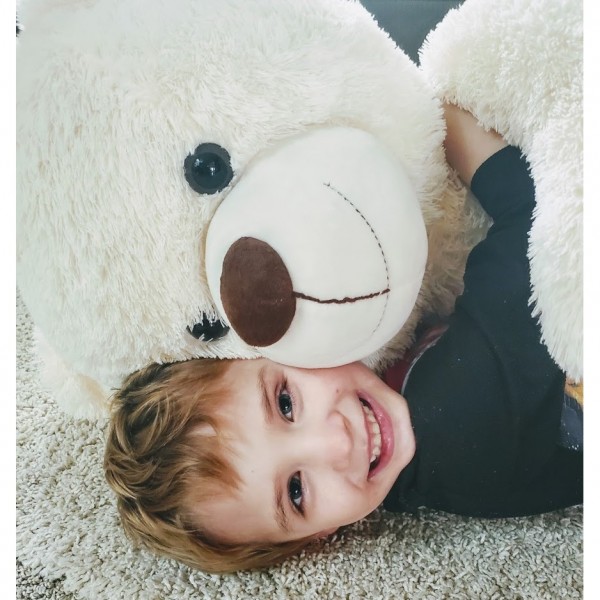 Thank you for supporting me and the more than 300,000 kids worldwide who will be diagnosed with cancer this year. By sharing the gifts of your time, talent and money with the St. Baldrick’s Foundation, you're supporting research to give all kids with cancer a better chance for a cure. Carter is 5 years old and was diagnosed with leukemia on July 27, 2018. He had a rough start to his treatment with various complications, spending more than six weeks in the hospital. Carter has been receiving outpatient treatment for his cancer at Rainbow Babies and Children's Hospital for just over a year and a half, and he has remained positive throughout his entire journey. Carter is an amazing, strong, inspiring little man, and he is without doubt my little superhero. Carter's new normal consists mostly of playing with superhero figures, army guys, and Lego's at home with with his grandma, as well and working on kindergarten readiness skills. He also likes to play Roblox and Minecraft on his iPad, as well as watch YouTube videos. We stay home for the most part to avoid germs and try to stay healthy. We spend as much time as we can playing outside, riding bikes, playing on the swings, and running in the rain. Carter loves to swim, so when the weather is right we will venture out to the local pool for the day, which is of course his favorite summer activity. When Carter grows up, he wants to be a police officer. Like all 5 year old boys, Carter asks a lot of questions. Many questions are about “bad guys.” He asks things like, “What happens if someone steals my money?”, “Where do bad guys go?” and “What is the difference between jail and prison?” We have had a lot of discussions about what is right and wrong, and it makes Carter upset when people do “bad things,” especially to police officers. He says he wants to be a police officer because he wants to help people and make sure they don’t get hurt. Plus, he really likes police cars, and says he wants to give police officers hugs.