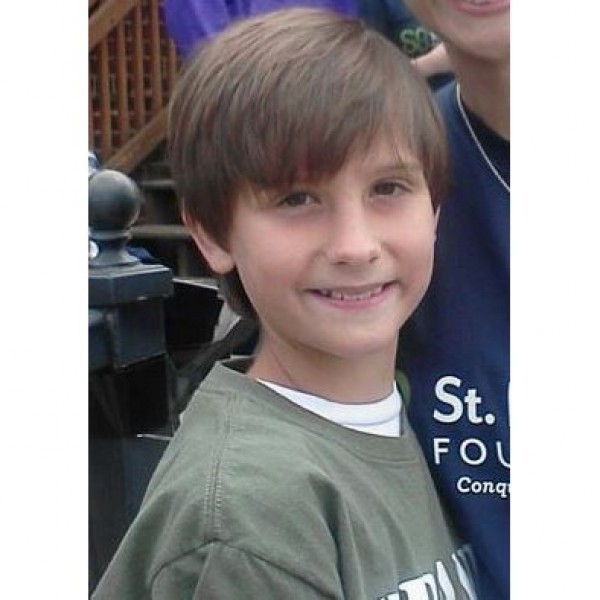 Friday, February 13th around 9:00pm, Bo began complaining of stomach pain. We put his pajamas on and went to the bathroom. Instead of urine, out came lots and lots of blood. He was scared and so were we. We rushed out to Wake Med Pediatric Emergency where they did an ultrasound. They found a tumor on Bo's right kidney. They sent us immediately via ambulance to UNC Pediatric Hospital. We were met there by a wonderful pediatric oncologist- Dr. Gold. He told us that our next step would be to find out if there were more tumors, or just the one on the kidney. After several tests, MRI and CT Scan, they found no other tumors! Praise the Lord! He can live a normal, healthy life with just one kidney so we are grateful for that news. He had surgery to remove the kidney on Sunday, the 15th. The tumor was 6 cm, which is small for this type of tumor. We were fortunate that the bleeding started or we would have never known that it was there! This tumor is a Wilms' Tumor. It's a kidney cancer that occurs in children. After the biopsy, we found out that his cancer is in Stage III. They also put in a port-a-cath for the expected chemo treatments that he will undergo to get any cancerous cells that may have wandered off of his kidney and are looking for a home inside his body. He began chemo on Friday, February 28th and radiation on Monday, March 2nd. Bo LOVES super heros and he's quickly becoming one himself, complete with cape. He also really enjoys playing his Wii, which he saved up his own money to help buy. After six radiation treatments and six months of chemo, Bo was declared “free of disease”. We feel tremendously blessed. Bo remains cancer free today and is a healthy young man. He plays basketball and baseball and enjoys raising money for St. Baldrick’s each year!