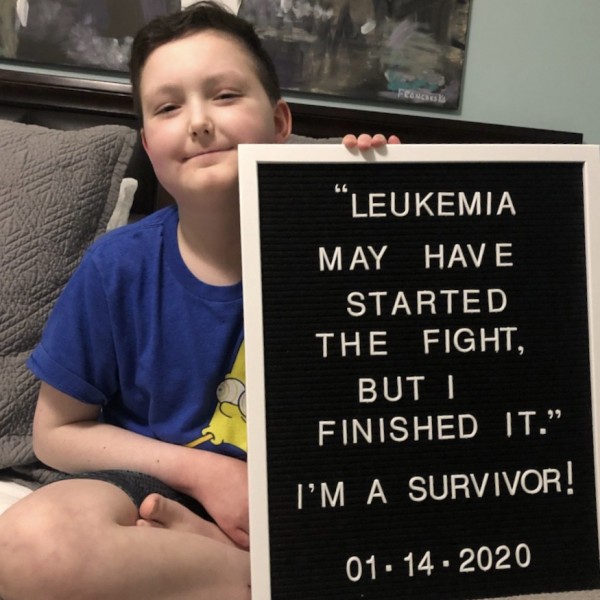 For a couple months Benji had been feeling sick and we had visited his pediatrician several times to be treated for constipation and allergies. On September 7, 2016, Benji was accidentally hurt at school and I had to take him to the ER for treatment. It was there where they did several tests to make sure he was okay. However, later in the day we found out he was much sicker than we knew and we were told he had Ph+ biphenotypic acute lymphoblastic leukemia and it was possible he would not survive the next 24 hours; but he's a fighter and he did. Over the next few days, we met several doctors who told us that his leukemia was extremely rare and there was not actually a protocol for this type, BUT they did say they were going to try all types of therapy. Immediately, Benji started intense chemotherapy and this lasted several months. During his treatment, he developed liver failure which put him in a coma for 8 days in the PICU at UNC Hospital, through this Benji still fought hard. Over the course of 3 years, there were times that his medical team thought it might be best that we be seen at another hospital for a second opinion because the treatment would stop working. Our medical team continued to fight and so did Benji and now because of the hard work and excellent care from his doctors and nurses and to all who prayed for my son, and also to God for creating a miracle, my son is now cancer free!b He will remain on chemotherapy for the Ph+ (Philadelphia Chromosome) for the next few years but on January 31, 2020, it was Benji's turn to ring the bell at UNC Children's Hospital to let everyone know he is CANCER FREE!