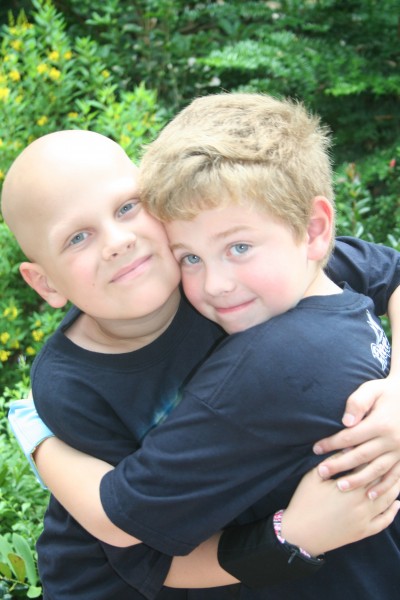 His journey on this earth has ended...

Ben was diagnosed with osteosarcoma in September 2006 at the age of 6. It was located in his right upper arm. He has had limb salvage surgery and 2 thoracotomies. Ben refused to let the osteosarcoma take away his childhood. He and his twin brother James played hard and lived life to the max. He was declared cancer free just before Christmas of 2007. In March of 2008 we found out that the osteosarcoma had metastasized. He had multiple tumors in his lungs. He was an amazing boy who impacted the lives of many people. Several times throughout his treatments he said to me "Remember, focus on the positive." It was his mantra in addition to "Ommmmmmm, Shama, Llama, Ding Dong." His smile and positive attitude melted many hearts as he welcomed others into his life. Ben's journey on this earth ended on October 12th, 2009 at home in the living arms of his parents. He was surrounded by people who loved him as he peacefully crossed over. He was 9 years old. He will be missed.