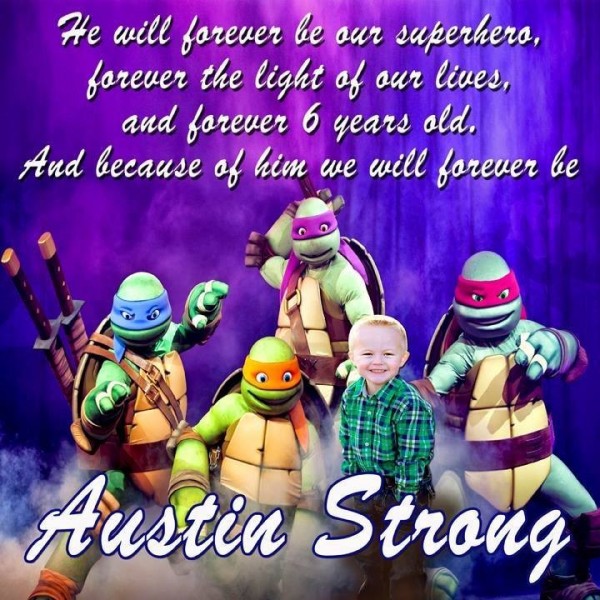 My battle began January 2015 when the MRI revealed the dreaded news, a tumor in my brain stem, DIPG. Treatment commenced at 7 the next morning, I underwent a day long surgery to resect as much of the tumor as possible. Following surgery I spent 10 days in the hospital, with my family by my side. Soon daily trips to UIHC became the norm as I received a 6 week course of radiation treatment. Through all the poking and prodding while accessing my port and sedation for treatment, I remained positive. Mom and dad were always at my side searching and prepping for the next plan of attack against this nasty DIPG.
In April my mom and aunt had the opportunity to attend a symposium for DIPG research. This opportunity allowed them to meet other families with a loved one battling as well as learn from the best physicians and researchers in the field. This weekend was a turning point, we realized for the first time since diagnosis we weren't alone in this fight. Additionally, we realized the power and importance of organizations that fund DIPG and other pediatric cancer specific research. Together we can make a difference impacting the outcomes for pediatric cancer patients.
Late in the summer of 2015 I sought care out in New York participating in an IA drug delivery trial. Upon arriving in NY my pre-op MRI revealed tumor growth and I was taken into surgery for a second tumor resection. Being the amazing superhero that I am, I recovered from surgery very quickly; returning to NY a month later to participate in the IA trial.
The Fall brought a lot of ups and downs but I completed a second round of radiation therapy in January 2016 and continue with infusion treatments. Mom and dad as well as my entire family continue to fight with and for me everyday.
Austin S. age 6, It is with shattered hearts that we share with you that Austin gained his angel wings on Friday morning May 20, 2016 and won his 16 month battle with DIPG. He was snuggled with his mom and dad at home.
Funding from organizations such as St. Baldrick's help facilitate the clinical trials and establish the treatment plans that have allowed me to keep fighting this battle. These organizations understand that Children are our future and less than 4% funding by the National Cancer Institute is not sufficient to conduct the needed research to save lives and make pediatric cancer a thing of the past. Join the fight against pediatric cancer by donating to organizations that fund pediatric cancer research!