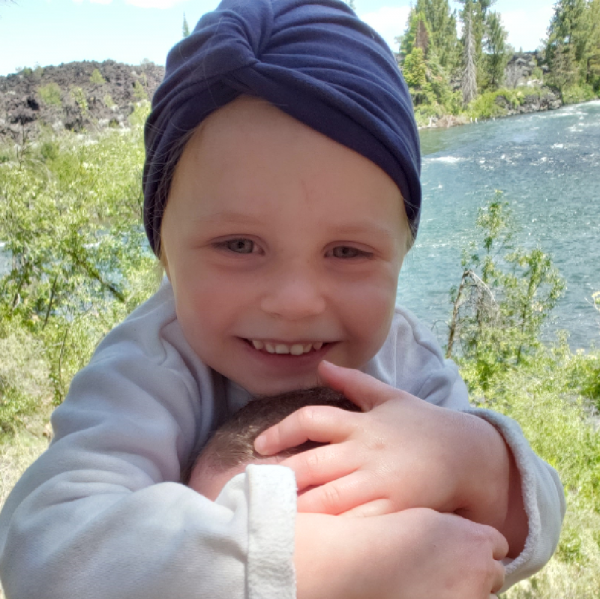 Oregon City, OR, US

After a week of sickness in our home, Friday morning, February 8th, Audrey (2.5 years old) woke up with a high fever (105.6) and swollen face.  She was rushed to the emergency room where she was determined to be septic (infection though her entire body).  They did blood work and determined she had some type of blood cancer.  Because of her sepsis, Audrey's neck was swelling.  To protect her airway from the swelling, they intubated her and put her on a ventilator.  She was then rushed by ambulance to Randall Children's Hospital.  Randall confirmed Audrey had leukemia.  Her body's immune system was so damaged from the cancer, which is why her body reacted so quickly and aggressively to the sickness she caught.  Audrey remained on the ventilator for five days before antibiotics brought the swelling down enough to take her off the ventilator.  She remained in the PICU until she was stable enough to move to the oncology floor.  After 18 days in the hospital, still weak from her illness and unable to walk on her own, she was discharged and went home.

Audrey was home for a little over a week before she went into complete renal failure.  She was sent back to the PICU where they determined her kidneys were completely blocked.  Unsure of the cause, several doctors came up with a very invasive treatment plan for the next day.  Thankfully, her kidney's started working on their own, and she was able to pass the blockages.  Several more days later, she was released again.

Since her diagnosis, Audrey has been going through regular chemo treatment, and on July 3rd, started what has been described as the most intense phase in her treatment plan.  Please pray there are no more complications, and that her little body responds well to the chemo with only minor side effects.