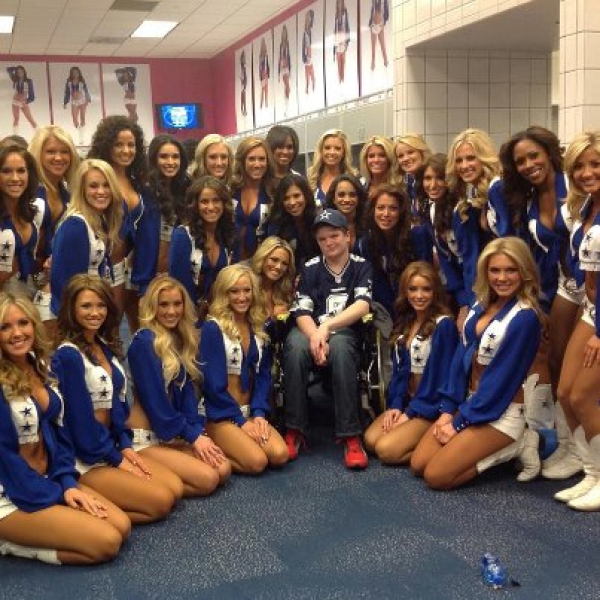 What to say about Arion? He is full of energy and always good for a laugh. He enjoys cars and trucks. Arion has also decided that he wants to be a Police Officer/ Firefighter when he grows up. We have a special group of Police Officer/ Firefighter that live in our home town who has really pulled out all the stops to make Arion feel welcome and a part of their group. Arion has started practicing for his career by writing his mother and sister tickets for everything they do that he feels is against the law. He also likes the t.v. show Cops and never misses an opportunity to use tweezers to collect evidence. His evidence usually consists of hair and stray pieces of string hanging from clothes. He bags his evidence in Ziploc zippy bags. He uses this evidence to build cases against his family members and that even includes his pet cat. Arion has had medical problems most of his life so he knows the hospital routine. On March 15, 2012 our lives changed forever! Dr. Burke, Arion's Pediatrician, scheduled a CT scan to find the cause of his headaches and vomiting. Dr. Burke told us that on his scan 2 masses were found in his brain and that we needed to immediately go to Women and Children's Hospital in Columbia, MO to get treatment. After tests and a 30 hour surgery Dr. Bien was able to open up the ear area enough so that Dr. Tanaka could get most of the tumor on the right hearing nerve removed. After she did this Dr. Bein was able to help reconstruct the ear canal area. It was the perfect "doctor team sandwich" ! I We were also given a name for his condition the doctors called this condition NF2. We learned that his condition is progressive and that it isn't a matter of him getting other tumors but when. I am hoping that with all the money that is earned one day they will be able to find a way to prevent the growth of these tumors. *UPDATE* January 24, 2013 Arion is doing very well. He has been mobile for a while now. He does have a wheel chair and uses it when we are in places that have a lot of foot traffic. The team we are working with at the Women's and Children hospital are AMAZING!! We have also added Dr. Loew and his staff to that AMAZING team. They have helped him achieve stability in his treatment so that he can focus on being a teenager. *UPDATE* May 01, 2014 Arion is still doing well but his tumors are growing again. We have temporarily moved out to Southern California to continue receiving treatment that he was unable to get in Missouri. We are excited about the new additions to our team of Doctors and the care and treatment he will receive here. Not to mention all the beautiful things we will get to experience here in Sunny California. Although our location has changed I cannot thank the Firefighters and Police officers we have met along the way that has went above and beyond to make him feel apart of your great Brotherhood!!
*UPDATE*
Arion has made a lot of law enforcement and fire fighting friends that helped keep him engaged in the careers that he loves. We have been working with Dr. Slattery and Dr Lekovic at the House Ear Clinic in Los Angeles and after a very hard 2 years of brain surgeries, hospitalization and IV antibiotics we are proud to announce that the doctors have cleared him for a year free from MRI scans and the only appointment that we have to worry about now is six months out!! Thank you so much for taking the time to follow up with my son I may be pretty partial but I think that he is amazing!!