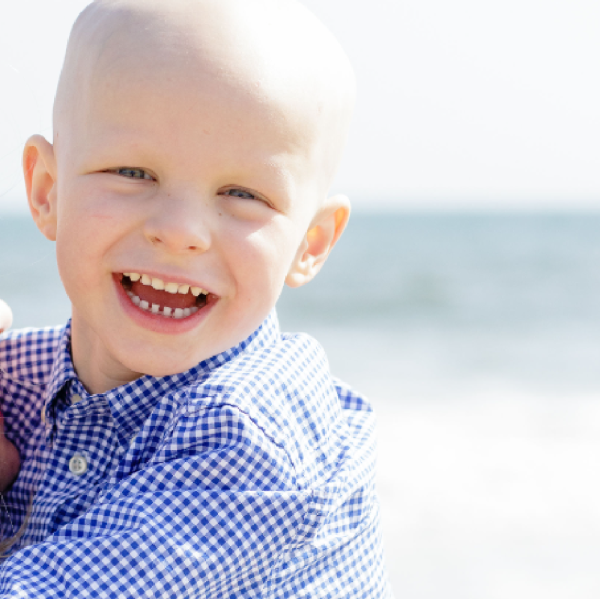 In May 2021, doctors initially thought Alexander had a urinary tract infection. After a few days on antibiotics proved ineffective we went to the ER where a large mass was discovered on his right kidney. Less than 24 hours later, we were told our three-year-old son was presenting with Stage IV (as there were nodules on his lungs) Wilms Tumor. Two days later, we transferred to Children’s Hospital Los Angeles and Alexander underwent a successful nephrectomy. Once the tumor was removed and pathology results were in, Alexander was diagnosed with Stage IV Diffuse Anaplastic Wilms Tumor. Our only child had a very aggressive form of cancer. To say our world was rocked to its core is an understatement.Under the direction of our wonderful Oncology team, Alexander’s course of treatment is a clinical trial known as UH-3 or AREN 1921. This is roughly a 10 month, 14 cycle treatment course that includes eight different chemotherapy drugs and 13 cycles of radiation. It hasn’t been an easy journey, yet Alexander’s spirit remains at 100% and his smile is ever-present! While the end of his treatment nears, this journey will continue. We’ve always had to be his voice (as he’s non-verbal), and we must be an even louder voice/advocate for him now. Our hope in sharing Alexander’s story is that it may help other kids and families find beacons of strength and support to endure the tough journey childhood cancer brings. We also want to help in any way we can, to spread the word about how grossly underfunded pediatric cancer research is-- Americans spend more at Starbucks in three days than is given for annual funding for childhood cancers. Bill's fundraising efforts and the St. Baldrick's organization are helping families do just that-- spread the word and raise awareness and money! We're touched to be asked to share Alexander's story to be featured as one of the honored kiddos.