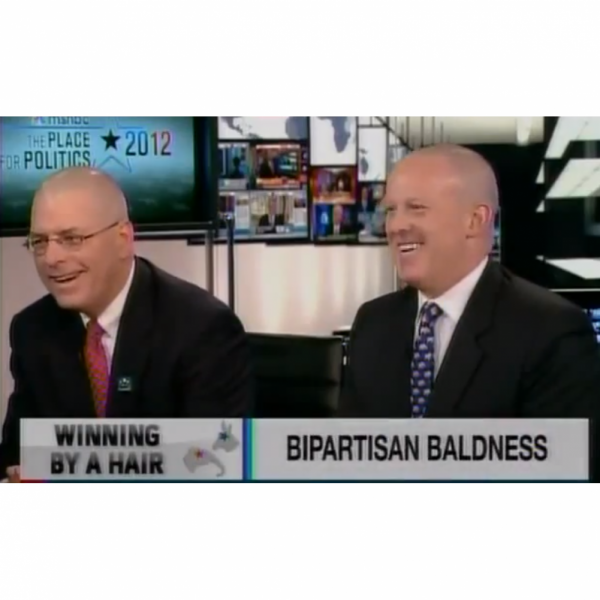 At: Bipartisan Shave-Off for Children's Cancer on ABC's This Week

Sean Spicer is Director of Communications for the Republican National Committee, and Brad Woodhouse serves the same role for the Democratic National Committee. Now that the elections are over, these two partisan flaks come together for the good of all concerned! In the true spirit of bipartisanship, Sean and Brad are making good on a pre-election challenge. Sean lost a bet with Brad on the outcome of the election but in the spirit of using this as an opportunity to help support the fight to end childhood cancers, both Sean and Brad will shave their heads. Sean Spicer and Brad Woodhouse will step up to stand in solidarity with kids with cancer on ABC's This Week with George Stephanopoulos Sunday, November 25th. Tune in to watch Sean and Brad shave off their locks and channel their efforts to support childhood cancer research! The St. Baldrick's Foundation is a volunteer-driven charity that funds more in childhood cancer research grants than any organization except the U.S. government. Get involved, just like Brad and Sean, and you too will be giving hope to infants, children, teens and young adults fighting childhood cancers.
B I