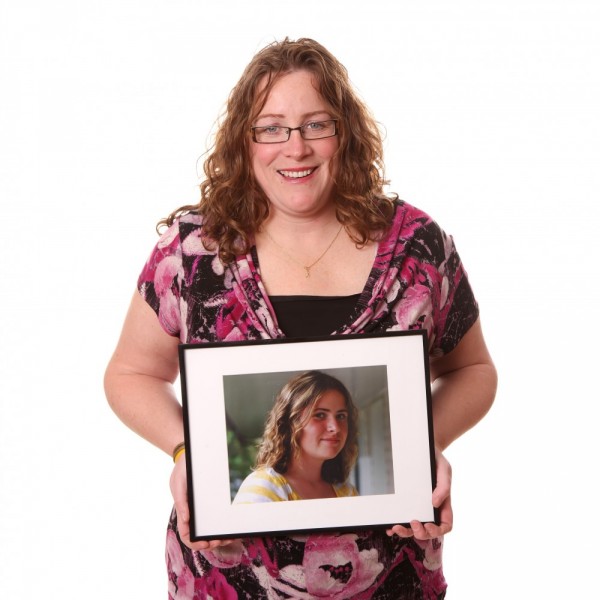 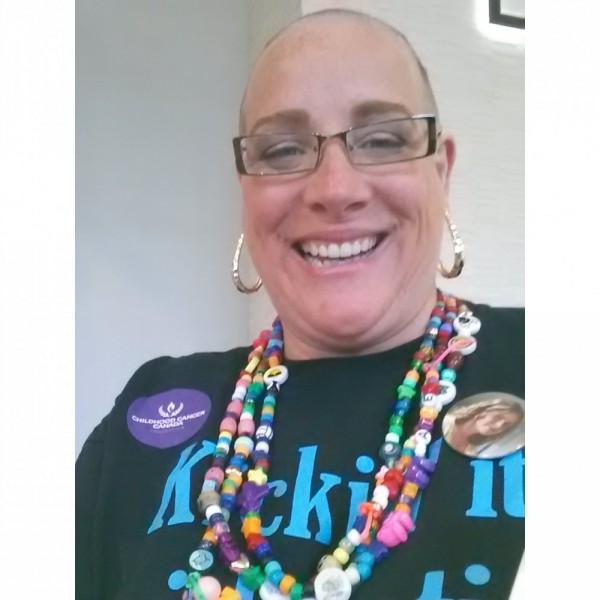 Why am I having my head shaved? I am doing this in loving memory of my precious daughter Katie. Katie was born March 29, 1995 and passed away on Feb. 10, 2011 at the age of 15. ( just shy of her sweet 16) . Katie was diagnosed with osteosarcoma on June 7, 2010. She had been complaining of knee pain but we had all figured it has something to do with all the sports she played, She had just finished her first year of high school basketball and volleyball season and was gearing up for soccer and track. During her illness Katie showed a positive and incredible spirit to fight this with all she had. To back things up, it was very ironic that she was diagnosed with osteosarcoma as that is the same cancer as my hero Terry Fox. Terry Fox was a young man who began to run across Canada ( 1980 marathon of Hope) Katie's diagnosis came as Canada was remembering 30 years previous when Terry Fox had began his journey. I had followed him as you see childhood cancer had already affected me and my family as I lost my twin brother John at age 6 to leukemia. So I was already very familiar with childhood cancer and the devastation it caused. We were very optimistic that Katie would beat this cancer. She showed great courage and determination and never got frustrated even though she was confined to a wheelchair due to the tumor. She even joked with her sister when she found out that she would likely lose her leg , her response was , " I will need only half as many razors now as I will have only one leg to shave" She was so positive that she said "now when I make the olympic team it will be for the paraolympics." She always found the positive in everything. Katie encouraged her family and friends to never give up and to always know that her God was "in control" and she had nothing to worry about. Her faith carried her during the 8 month battle. Katie peacefully passed away on Feb. 10, 2011 with her family by her side. Her life touched many in her community and around the world. Her funeral was attended by almost 1500 and was webcast around the world where people watched from places such as New Zealand, Japan , across the USA and all over Canada. I choose to shave my head to remember my precious daughter and brother and for all the other families who have heard those devasting words " I'm sorry but your child has cancer" . It is very important that money is raised for research to combat childhood cancer and it's effects on too many children. I do it to stand in solidarity with kids/teens fighting cancer, who typically lose their hair during treatment. More importantly, I'm doing it to raise funds for childhood cancer research!

Worldwide, more than 160,000 children are diagnosed with cancer each year. The St. Baldrick's Foundation partners with organizations around the world to fund childhood cancer research. We must all do everything we can to give kids a better chance for a cure.

To support me on behalf of these very special kids, please click "Make a Donation" above, or donate by mail or phone.
Thank you for your support!