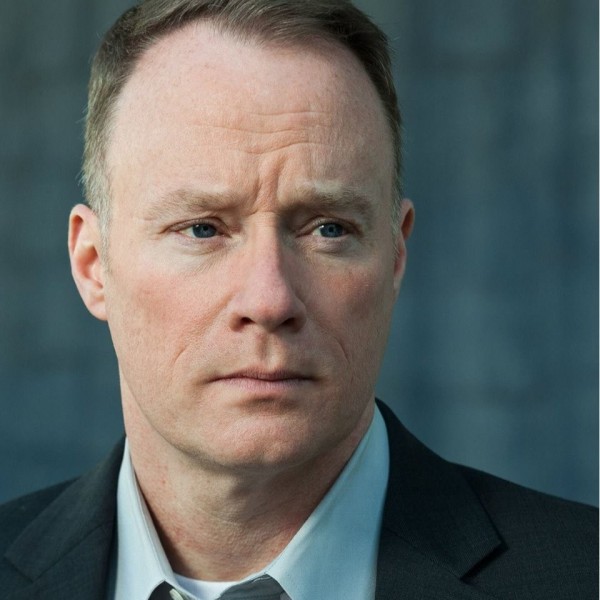 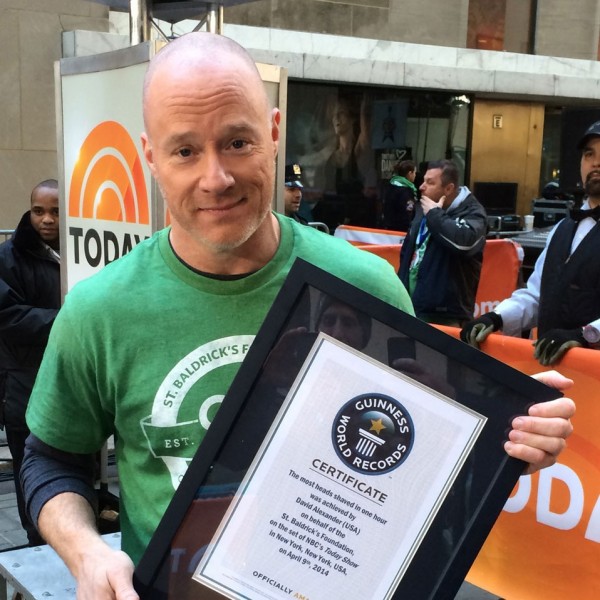 UPDATE: So, I did it. I broke the Guinness World Record for shaving the most heads in one hour on April 9th, 2014 LIVE on NBC's Today Show. I also exceeded my personal goal of $4,000. I now proudly sport a bald head and stand in solidarity with kids who have cancer and with the thousands of St. Baldrick's Shavees around the country. April 9th was the best day of my life. UPDATE: So, my St. Baldrick's journey isn't over for the year. I'll be heading to New York on Wednesday, April 9th to attempt to set a new Guinness World Record for most number of heads shaved in an hour. We'll be doing this LIVE on NBC's Today show. I posted a photo of myself on Facebook from when I shaved my head a few years ago and, apparently, people want to see me bald again. This year, instead of shaving my head, I got a tattoo. That wasn't enough?! Even my agent is in on this thing. So, here's the deal. If I meet BOTH of the following goals, I'll shave my head in New York next week. First, I have to break the world record for shaving the most heads in an hour (currently 72) AND I have to reach my now revised goal of $4,000! Let's do this! ORIGINAL MESSAGE: So, because of my acting career, I can't shave my head, BUT, this year if I meet my goal, I will the St. Baldrick's logo tattooed on right arm on the day of the event. A symbol, frankly, I'll be proud to wear for the rest of my life! I hope you'll help me meet my goal this year! I've answered the call to be a hero! I'm shaving heads so people can stand in solidarity with kids fighting cancer, but more importantly, to raise money to find cures. Please support me with a donation to the St. Baldrick's Foundation. This volunteer-driven charity funds more in childhood cancer research grants than any organization except the U.S. government. Your gift will give hope to infants, children, teens and young adults fighting childhood cancers. Now I need your help! Will you make a donation? Every dollar makes a difference for the thousands of infants, children, teens, and young adults fighting childhood cancers.

David Alexander has joined the ranks of: