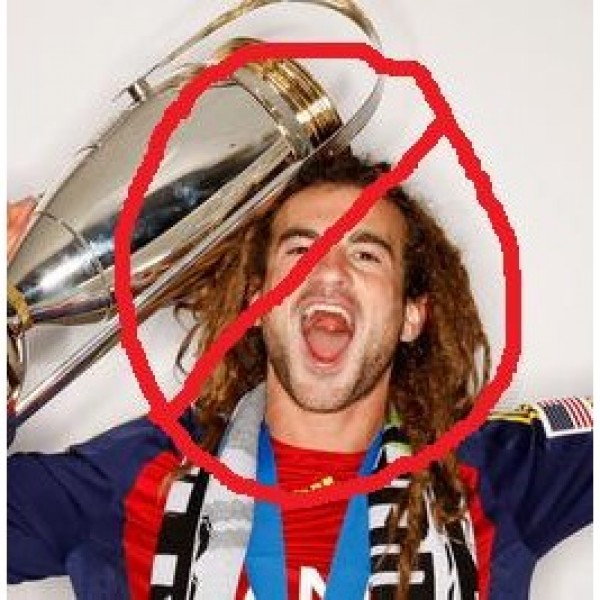 At: No Fan Alone - Venue Pending

Imagine this - you're Kyle Beckerman and you've just stepped out on the pitch at Dick's Sporting Goods Park for another edition of the Rocky Mountain Cup. You're feeling pretty good about yourself and your FAKE team's chances because, well, you're pretty darn cocky. As you take to the northern part of the pitch to rev up your teammates right before kick off your attention is broken by a sound so loud and intimidating it DEMANDS your eyes. You look up upon the menazing Terraces and are nearly blinded by the shine of hundreds.....nay, THOUSANDS, of glistening, bald skulls inches above mouths louder than any you've ever encountered. You gulp a hard swallow and know the next 90 minutes may be the worst of your life as you think, "They've cloned Conor Casey." OK, that's fantasy for sure.....but in the real world you can help us make the above story more truth than fiction. And the best part??? You'll get to be a hero for kids with cancer! Join the TWO GREATEST SUPPORTERS GROUPS IN MLS, Class VI and the Pid Army in this St. Baldrick's event, and whether you decide to shave your head, volunteer, or donate, we hope you'll be a part of the excitement. Event to be held before the Class VI/Pid Army Tailgate in the VIP lot prior to the July 4th game. SAY NO TO DREADLOCKS AND SAVE SOME LIVES! The St. Baldrick's Foundation is a volunteer-driven charity that funds more in childhood cancer research grants than any organization except the U.S. government. Get involved and you'll be giving hope to infants, children, teens and young adults fighting childhood cancers. Plus, Kyle Beckerman will fear you :)
B I