The RED Sparkle Octopus Crusaders (RSOC) Team honors four children – Nina, Tommy, Amaya, and Kristina – who met in 2005, while in treatment at the Children’s Hospital of the King’s Daughters (CHKD) in Norfolk, Virginia. They started shaving individually in 2005/06 and formed the original team in 2009; this version came together in 2014. Other families affected by childhood cancer and dozens of good friends have joined the team’s efforts over the years. Since inception, the RSOC have raised over $380,000 for the St. Baldrick’s Foundation. They remain fully committed to funding research to create cures, united by the hope that they are helping other kids and families find better outcomes. The team’s name is a combined tribute to the memories of the four Angels. 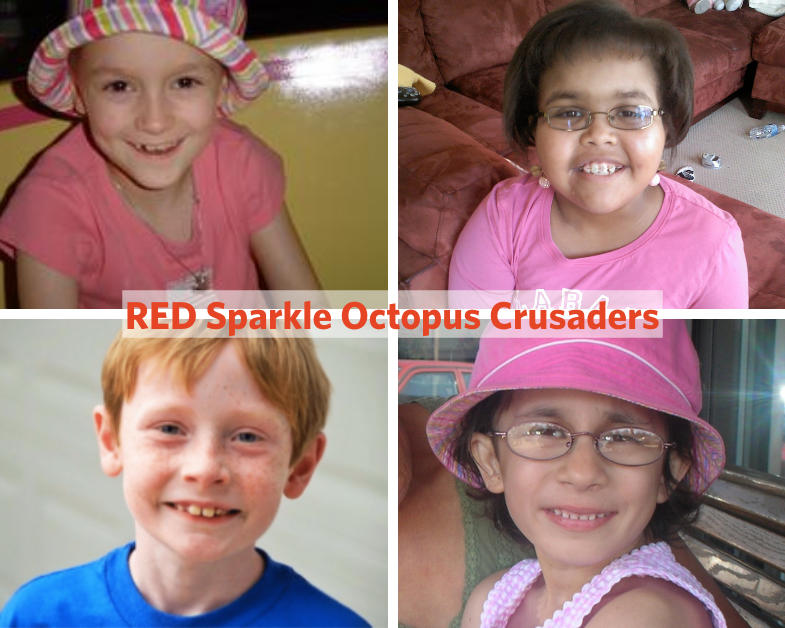