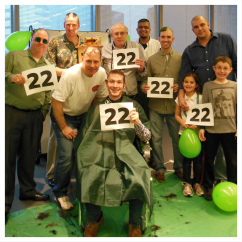 No, you’re not seeing double — the St. Baldrick’s community has raised more than $22 million for childhood cancer research!

Sharing the news with us are our friends at Towers Watson. Employees from Towers Watson have been participating in St. Baldrick’s signature head-shaving events since 2002, raising more than $750,000 through their events held in branch offices around the world. 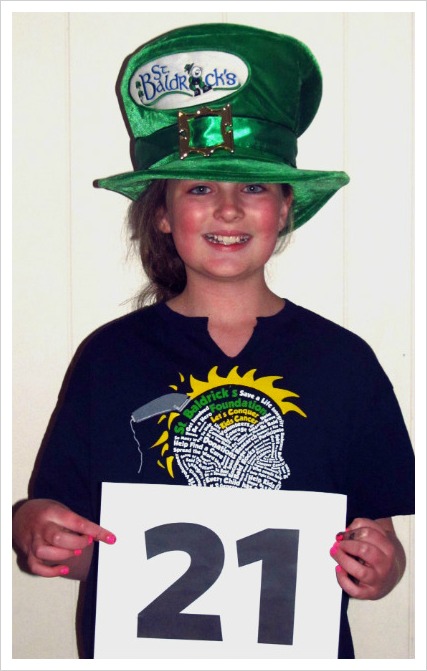 Ciara shares a little bit about herself:

“Hi! My name is Ciara. When I was almost 2 years old, I was diagnosed with a rare cancer, rhabdomyosarcoma. Thanks to all the amazing shavees and volunteers who help raise money for research, I’m 10 1/2 years in remission. I love reading, going to the movies, painting my nails, shopping, playing my fiddle, and Irish dancing. I have represented children with cancer at many St. Baldrick’s events since finishing cancer treatment and I co-organized the Fado Atlanta event this year!” 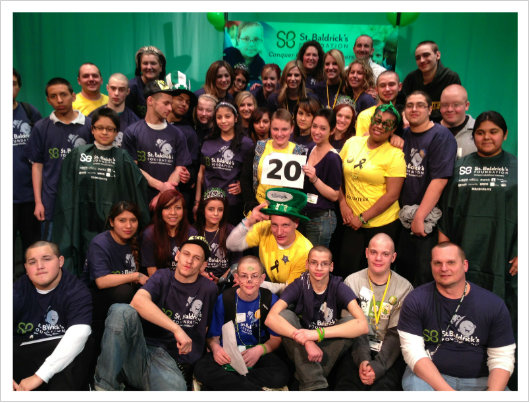 A big thank you goes out to all of our St. Baldrick’s events that took place last week and over the weekend — your efforts helped us reach $20 million!

That’s right, in just two short days, St. Baldrick’s supporters from around the world have helped raise another million to conquer kids’ cancer!

Today is March 18th, a perfect day to announce that the St. Baldrick’s community has raised more than $18 million to help children with cancer.

St. Baldrick’s sent the $18 million sign to Bismarck, North Dakota, where the locals were dancing to the beat and raising money for a good cause as part of the Get Your Green On! Zumbathon — just one of four St. Baldrick’s fundraising events taking place in North Dakota and supported by Basin Electric Power Cooperative. 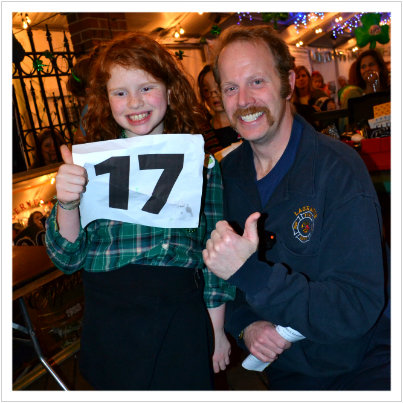 This girl is on fire! As soon as Sadie Madden, 9, from La Grange, Illinois, saw the Disney/Pixar film, Brave, she wanted to grow her curly, fiery-red hair as long as Merida’s. But when she heard about St. Baldrick’s signature head-shaving events, Sadie’s plans changed right then and there — Sadie registered to shave her luscious locks. 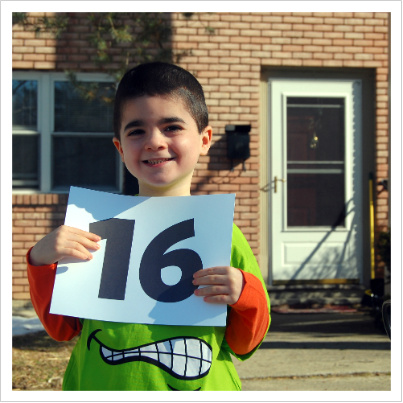 This is 7-year-old Mikey Weinstein. He laughs, smiles, sings, whistles, celebrates, and plays every day. He has a big sister, Katie, and a little brother, Timmy.  He loves all things Sesame Street, and when you ask him what he wants to be when he grows up, he will tell you that he wants to be Ernie’s puppeteer on Sesame Street. He is funny and sweet but has no problem letting you know when he’s mad or upset!

Mikey has been battling unclassifiable leptomeningeal tumors in his brain and spine since September 2008. He’s been on three different chemo protocols and is getting ready to fight this beast for the fourth time. 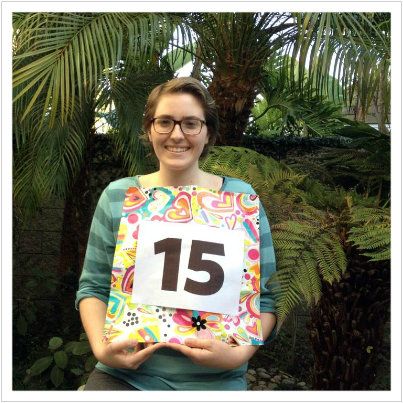 Emily, one of five St. Baldrick’s Ambassadors in 2013, is sitting outside in her beautiful garden to announce that St. Baldrick’s volunteers and donors have raised more than $15 million for childhood cancer research funding!

Emily, 17, from Long Beach, California, was diagnosed with chondroblastic osteosarcoma in December 2011 following an examination for inexplicable leg pain. 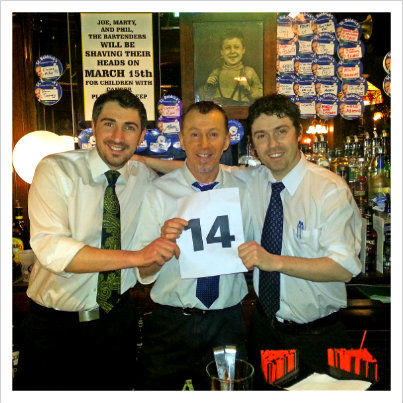 Thank you to the gentlemen of Brady’s Bartenders — Phil Grecu, Joe O’Dea, and Marty Loughman —  for helping to share the great news: $14 million raised to help cure childhood cancer.

This number holds another special meaning to this St. Baldrick’s team, as this will be the 14th anniversary of Jim Brady’s Restaurant and Bar event — the site of the very first ever St. Baldrick’s signature head-shaving event. 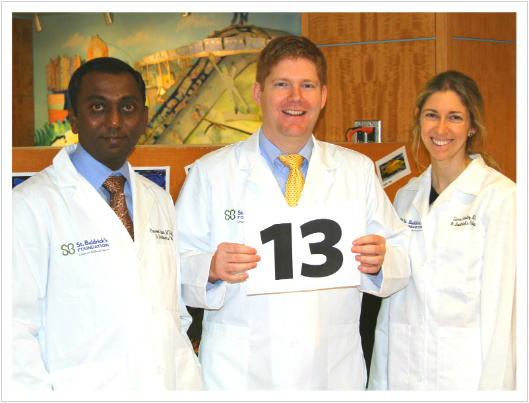 Let’s hear it for another million raised by our St. Baldrick’s supporters, bringing the total to more than $13 million raised to help kids with cancer!