Honored Kid Ryan C. faces childhood cancer with a contagiously positive attitude — and our social media manager, Alison Sutton, got to experience this firsthand when she hung out with him last month! Read on to see what life is like for Ryan and bask in the glow of this amazing kid, his awesome family, and their St. Baldrick’s fundraising team — Team Rally for Ryan. 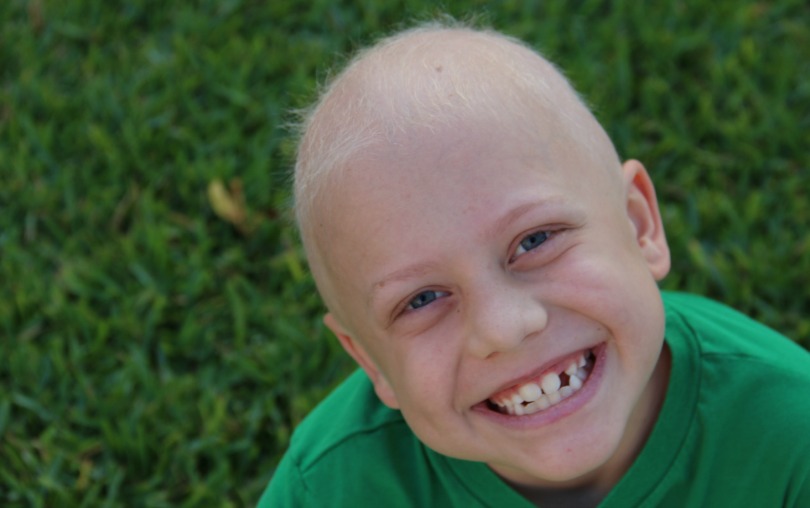 St Patrick’s Day is a special day at the St. Baldrick’s Foundation because 17 years ago, our founders hosted their first head-shaving event!

This St. Patrick’s Day I spent the day at Arnold Palmer Children’s Hospital in Orlando, Fla. with Honored Kid Ryan C. to see what a day in his life is like.

Here’s Why We Love Our Hero Fund

Did you know? Hero Funds raised more than $1.8 million for lifesaving childhood cancer research in 2015! We checked in with some of these families to see what fuels their fundraising fire. Here’s what they had to say.

Just a few of our Hero Funds. See them all >

St. Baldrick’s researcher Dr. Brodeur knows that tiny things can have a big impact on cancer. He studies nanoparticles and how they can be used to deliver cancer-fighting drugs to tumors, without hurting healthy cells. Read on to learn more. 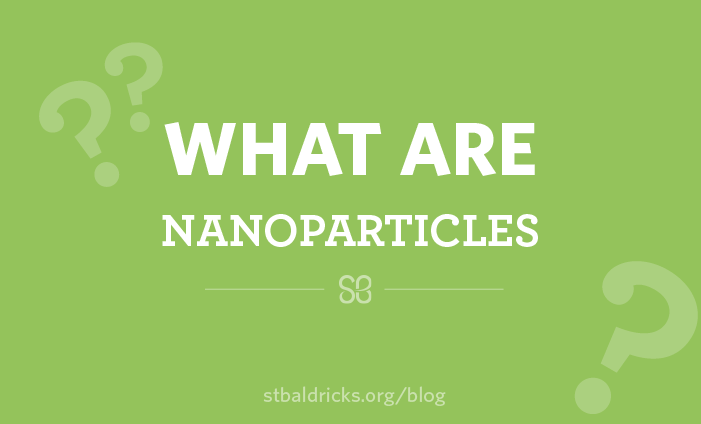 Nanoparticles are teeny, tiny particles. How tiny? You could fit about one million nanoparticles in the period on the end of this sentence. St. Baldrick’s researcher Dr. Garrett Brodeur is studying how these tiny lab-created particles can be used to help kids with cancer.

hero funds research grant
Do What You Want

How I Celebrate My Son on Two Wheels

Every year in honor of her son David’s birthday, Susan rides the 40-mile New York City Five Boro Bike Tour. This year, with their feet on the pedals, the wind at their backs (and sometimes their fronts), and 32,000 people riding alongside them, Susan and her friends raised over $4,000 for the David’s Warriors Hero Fund. Susan explains what the ride means to her. 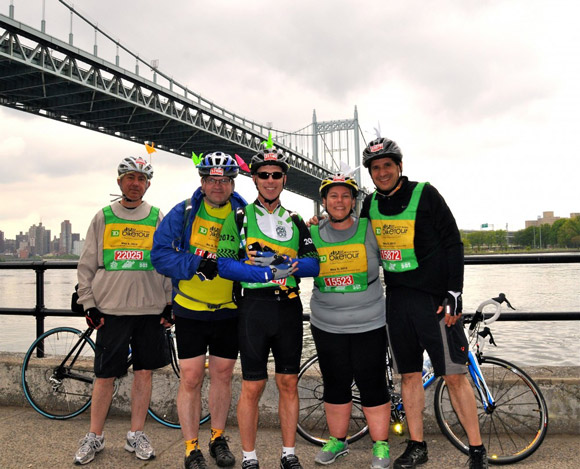 Susan and her cycling friends in front of the Robert F. Kennedy Bridge.

In 2009 as our son, David, was battling neuroblastoma, one of his incredible Cub Scout leaders rode the New York City Five Boro Bike Tour in David’s honor. It’s a 40-mile ride touching each borough in the city, complete with amazing street music, skyline views that take your breath away, and an opportunity to feel the beat of the city in a way that is just spectacular.

david do what you want hero funds neuroblastoma
Families

This is part two of a two-part series where Mike LaMonica talks about his daughter JJ, the Hero Fund that carries her name, and why this weekend is so special to him. Read part one >

Mike LaMonica hasn’t missed his local St. Baldrick’s event once since his daughter Juliana, or JJ, passed away in July 2010. This will be his fifth year captaining the JJ’s Angels St. Baldrick’s team, and for the fifth time, he’ll be shaving his head alongside friends, family, colleagues and neighbors who have been touched by Juliana’s story.

“When I go to the St. Baldrick’s event at Kitty Hoyne’s, it’s like a holiday to me,” Mike said. “I’m surrounded by people who are so passionate and just support me. I feel like I am lifted up — I don’t know how else to describe it.”

When Asaph Schwapp — known to many as “Ace” — passed away from non-Hodgkin lymphoma, his friend and Notre Dame football teammate vowed to do something big to honor him. And so the Tough as Ace Hero Fund was born. Learn more about St. Baldrick’s Hero Funds. 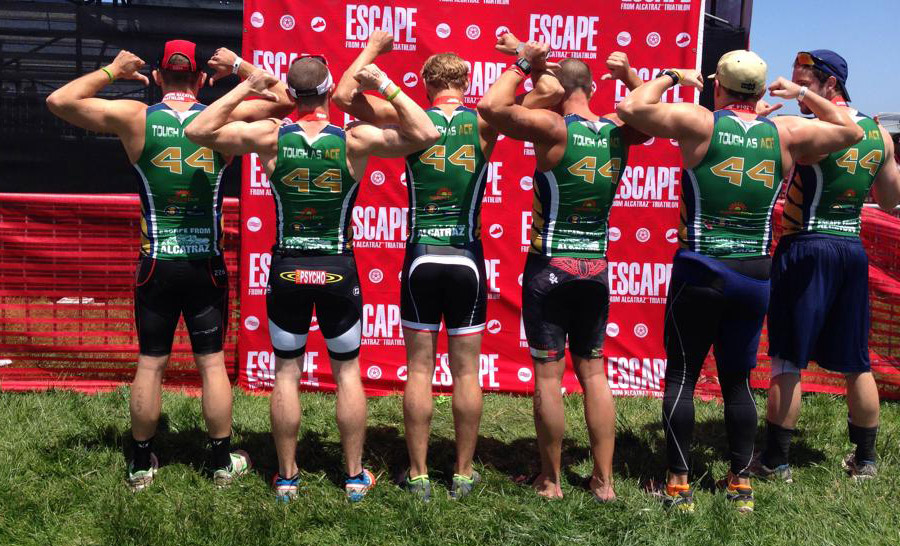 Mike Anello still remembers his first encounter with Asaph Schwapp. It was Mike’s first football practice as a freshman at Notre Dame University and he was running down the football field, headed toward the small spot between Ace and another equally hulking player ready to block him. 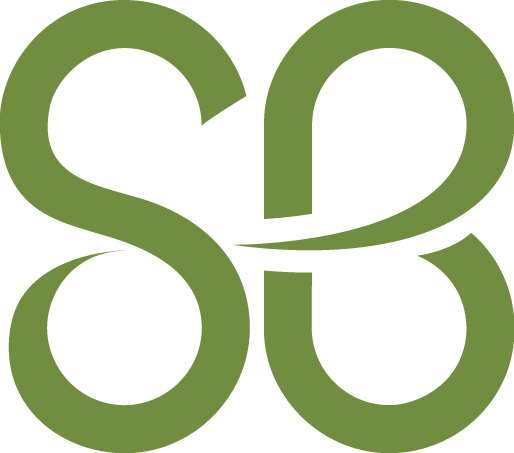 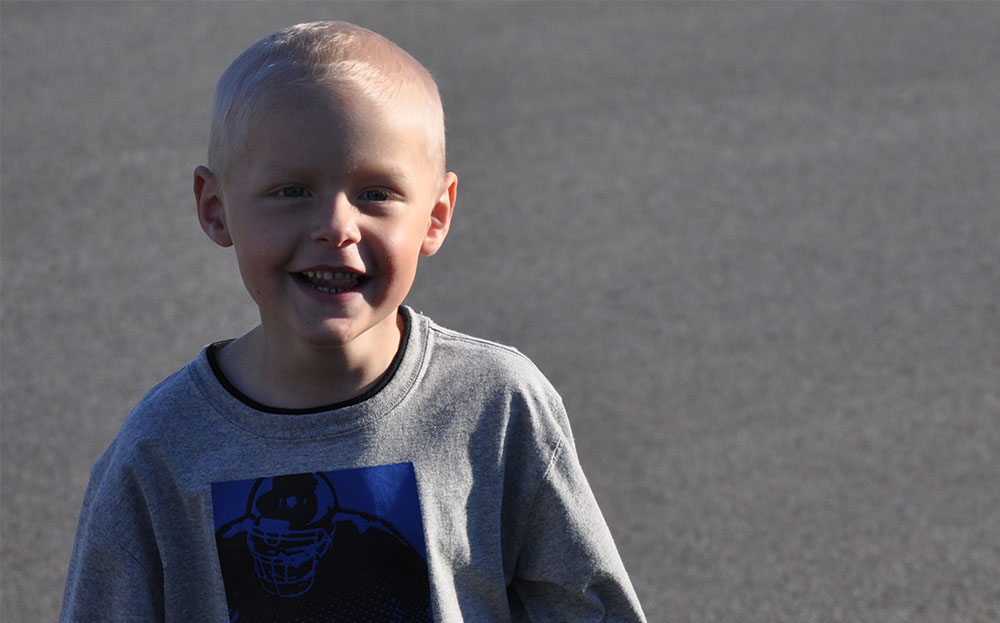 Kerri Swims Around Key West for Kids With Cancer

What do childhood cancer and a man-eating shark have in common? One special fundraiser.

Kerri Kanuga is swimming 12.5 miles around the coast of Key West to raise money for St. Baldrick’s in honor of 6-year-old Hannah Meeson.

Kerri Kanuga is getting ready to compete in the 38th annual Swim Around Key West in Florida. She is raising money for Heroes for Hannah, a St. Baldrick’s Hero Fund created in honor of Hannah Meeson, a 6-year-old girl from the Cayman Islands who is battling brain cancer.

Kerri said she thinks about Hannah every day. But when she’s not thinking about Hannah, her mind is on Katherine — a 2,300-pound great white who has been tracked swimming near the open-water race course.