Your Donations Make Research Possible – and That Research is Shared Worldwide

Most St. Baldrick’s Foundation supporters know they are making hundreds of childhood cancer research projects possible. They may not realize the research they supported has been published in more than 1,350 research publications since 2005.

We’ll touch on just a few of those here. But first, why are publications important and how do they help find cures for childhood cancer? The answer started long ago. 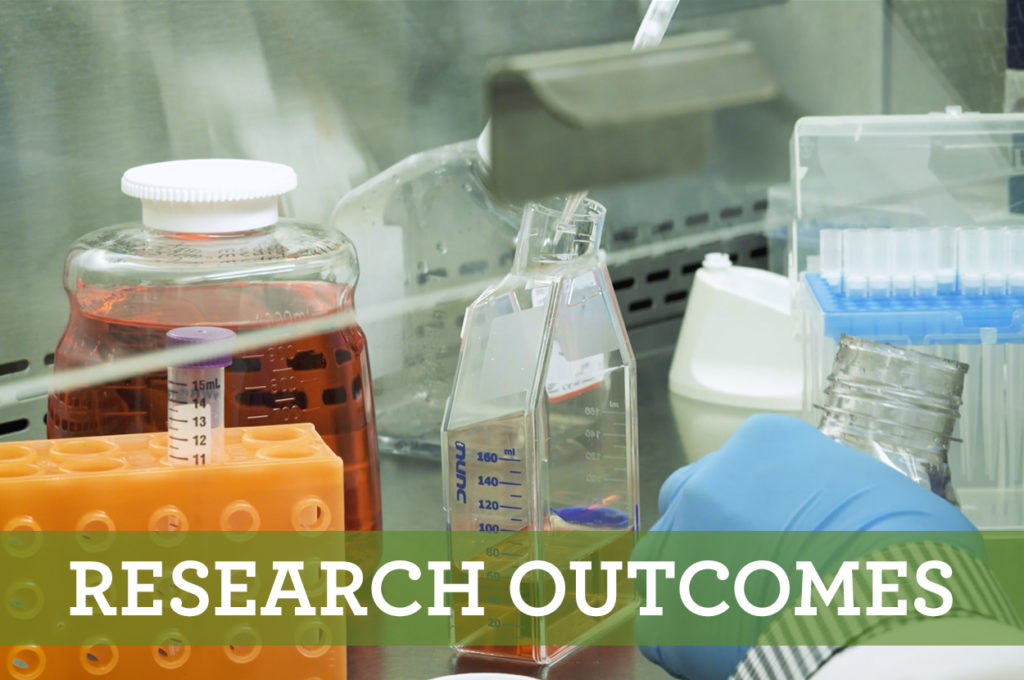 Back in 1665, Henry Oldenburg of the British Royal Society established a publication called the Philosophical Transactions of the Royal Society. The goal was to create a public record of original contributions to science, and to encourage scientists to communicate with one another.

From that long tradition to today, publication is an important final step of research. Imagine if researchers spent years discovering things that no one else ever saw. Publishing their findings gives researchers a way to share what they’ve learned, avoids others having to recreate those wheels, and provides a foundation for others to build on their work.

When you see a story about medical research in the mainstream media, it most likely refers to a new publication in a scientific journal. These journals use a peer review process to help validate research findings. Only a few of the many scientific publications each year make the news, but each is one brick in the wall of scientific knowledge. Sometimes what looks like a simple brick becomes the foundation for a very important pillar, as science moves forward.

In the last six months alone, more than 100 new scientific publications have resulted from research supported by the St. Baldrick’s Foundation. Here are a few examples:

The scientific journal Leukemia reported the findings of Dr. Alex Kentsis, a recipient of the prestigious St. Baldrick’s Robert J. Arceci Innovation Award, and his colleagues. The study explored the genetic landscape of acute myeloid leukemia (AML) and showed that the mutations behind the disease in children are different from those that trigger the same disease in adults. This helps to explain why AML is so difficult to treat in children and suggests new approaches for more accurate diagnosis and better therapies.

The St. Baldrick’s – Stand Up to Cancer Pediatric Cancer Dream Team’s* work was highlighted in two publications reporting on their progress with immunotherapy:

An article in the Journal of Clinical Investigation summarized research that suggests a way to identify in advance which pediatric or young adult leukemia or lymphoma patients are not likely to respond, or are likely to relapse after CD 19 CAR-T cell therapy, a relatively new way of using the immune system to fight cancer. This is an important tool for treatment decisions.

Also, the American Association for Cancer Research reported positive early results from a Phase I clinical trial using a combination of chemotherapy and CAR T cells for pediatric and adult patients with advanced HER2-positive sarcoma. While CAR T cell therapies have shown great progress in leukemias, this is significant because it’s one of the first signs it could be successful for solid tumors.

In April, the International Journal of Environmental Research and Public Health reported findings from a St. Baldrick’s Foundation Research Grant to Dr. Anne Kirchhoff. This research, also reported by KSLTV.com, shows that childhood cancer survivors have a greatly increased risk of respiratory-related hospitalizations on poor air quality days. Since respiratory issues are a leading cause of non-cancer death for childhood cancer survivors, the study highlights the importance of identifying risk factors and providing guidelines for them and their caretakers.

Also, you may have recently seen a report from PBS titled “Childhood cancer wipes out 11 million years of human potential each year.” The source was a publication in The Lancet resulting from research supported by the St. Baldrick’s Foundation, the most comprehensive analysis of the global burden of childhood cancer represented in disability-adjusted life-years (DALYs). The study was led by Dr. Lisa Force, now a St. Baldrick’s Fellow at St. Jude Children’s Research Center.  Also participating was St. Baldrick’s Scholar Dr. Nickhill Bhakta, who has done other important research on the late effects of childhood cancer treatment.

In May, the National Cancer Institute reported a surprising early finding from the NCI-COG Pediatric MATCH precision medicine clinical trial for pediatric cancer patients, led by St. Baldrick’s Innovation Award recipient Dr. Will Parsons. As reported at the annual meeting of the American Society of Clinical Oncology (ASCO), genetic sequencing of the tumors of children whose cancer does not respond to treatment led to about a quarter of these patients being matched with therapies to target their specific genetic alteration. Before the trial began, experts had predicted only a 10% match, so it was exciting to see more than twice the expected number of patients are benefitting from the trial.

In June we saw astounding results from St. Baldrick’s Foundation Infrastructure Grants that have enabled more minorities and uninsured pediatric oncology patients to benefit from clinical trials in Chicago. The Journal of Adolescent and Young Adult Oncology reported on the results of the creation of a unified program for three institutions (University of Illinois at Chicago, Rush University Medical Center and John H. Stroger Hospital) to participate together in Children’s Oncology Group clinical trials.