September is Childhood Cancer Awareness Month, but kids like Micah need your help year-round. Get involved. 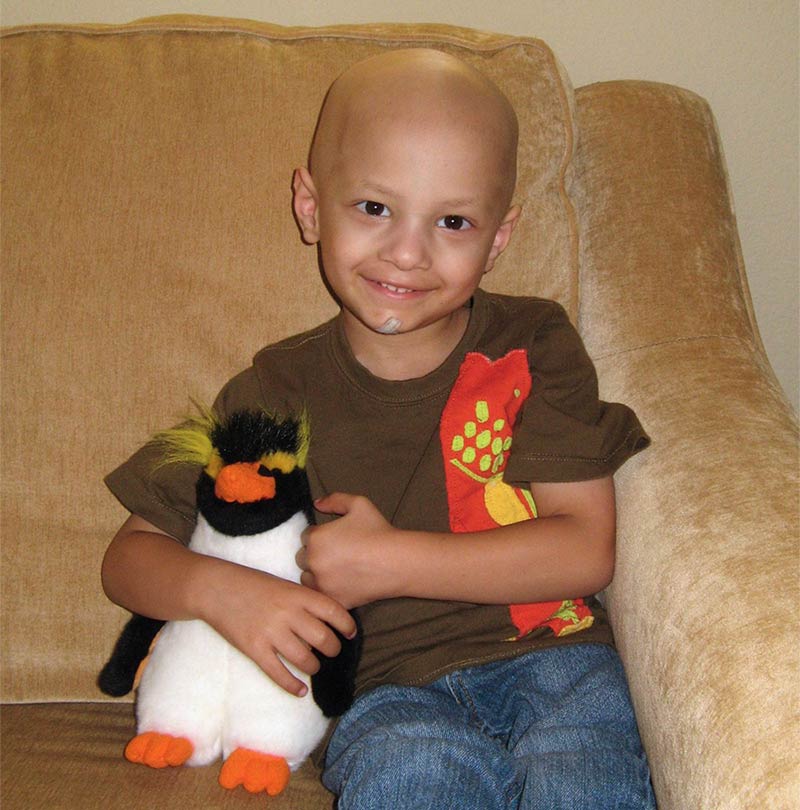 Three-year-old Micah is fighting neuroblastoma for the third time.

It doesn’t really feel like it’s been a year since Childhood Cancer Awareness Month 2013. A year ago my family was working through how best to fight a neuroblastoma relapse that had taken us by surprise in late August after our son Micah had been in remission for a mere three months.

Then I think back on everything he’s been through during the past 12 months.

A femur fractured by the relapse. A waist-to-ankle cast for two months, followed by a month in a brace. Three cycles of chemo. Radiation. A second remission. A difficult clinical trial intended to keep him clear. Physical therapy. A second relapse, this time with two masses in his pelvis. More chemo on a different trial. Radiation. Two surgeries to remove the masses. Even more chemo to consolidate what we hoped was a return to disease-free status.

Right. That’s where the past year has gone.

That’s a lot for a kid to go through at any age, let alone over the course of a year, before he even turns 4. But Micah has handled it with the same great attitude that he’s shown us for the majority of the two and a half years since he was first diagnosed.

He walks into a hospital excited to go visit his favorite nurses and doctors. As long as he’s awake, he’s pure energy, running and jumping around like he doesn’t have a minute to waste, in spite of his parents’ best efforts to get him to go easy on a leg already weakened by cancer. Chemo, bone marrow biopsies — nothing slows him down.

People who don’t know his story meet him and have no idea that he has childhood cancer, perhaps unless they catch sight of his currently bald head.

And those people who just met him? As far as Micah’s concerned, they’re all his friends. In fact, he told me a couple of weeks ago that it’s not just new kids at the local park that are his friends. Everyone in the entire world is his friend, and he told me he’d like to meet them all.

A few weeks ago, at the end of August, remission was confirmed for the third time. There are certainly worse ways to start off a holiday weekend. 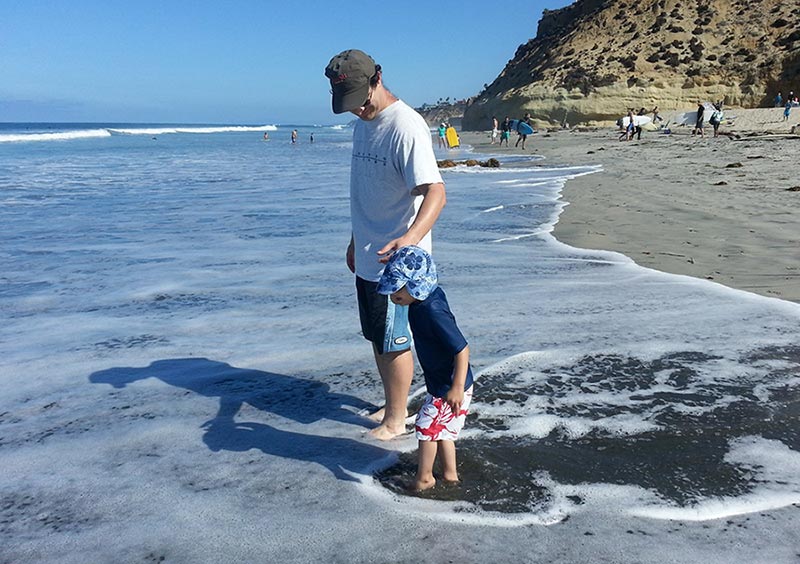 Micah and his dad at the beach, one of Micah’s favorite places.

So why haven’t we been shouting from the rooftops, celebrating Micah’s remission?

Because the reality of neuroblastoma, especially relapsed neuroblastoma, is that we need to try to stay one step ahead of it. We’ve squeezed in some fun this summer when we could, but we’ve also put a lot of time and energy into trying to identify another treatment that gives him a chance at a remission lasting longer than a few months.

As we’ve tried to decide on the best option for Micah, we’ve been reminded once again how desperately kids like him need innovations that offer them a better chance of beating — or, at the very least, managing — their disease. They need treatments that aren’t practically guaranteed to bring new complications later in life. They need everyone — government, pharmaceutical companies, and everyone else, no matter whether pediatric cancer has touched their lives — to work harder to support research that can literally save lives.

Families like ours need options that have a reasonable chance of bringing about what doctors call a “durable remission.” Micah relapsed twice in five months. That’s not good enough.

Micah with his mom and his older brother, Asher.

That’s also why our family and friends have been taking every available opportunity to encourage others to help raise the profile of pediatric cancer. Every month is an awareness month for us, but we put in some extra effort in September.

Micah, of course, is too young to really understand what his parents and even his big brother have been so focused on this month. He’s been busy rattling off ideas for family fun on weekends when his counts are good and working on an ever-expanding guest list for a pool party he hopes to have.

We don’t have a date set just yet, but odds are that you’re invited to the pool party. At the rate Micah is adding new names to the list, I’m pretty sure that all 7 billion of his friends will be included sooner or later.

September is Childhood Cancer Awareness Month, but kids like Micah need your help year-round. Get involved.