When Hospital Becomes Home: An Excerpt From Ellie Ewoldt’s ‘Chase Away Cancer,’ Part 1

If you’re like us and you fell in love with Chase as soon as you read his story, you’ll definitely want to grab a copy of his mom’s new book, “Chase Away Cancer.” Read the passage below about Chase’s second day of radiation, and then head over to the St. Baldrick’s shop to buy a copy and read the rest. 100% of your purchase through this link will help us fund lifesaving childhood cancer research. 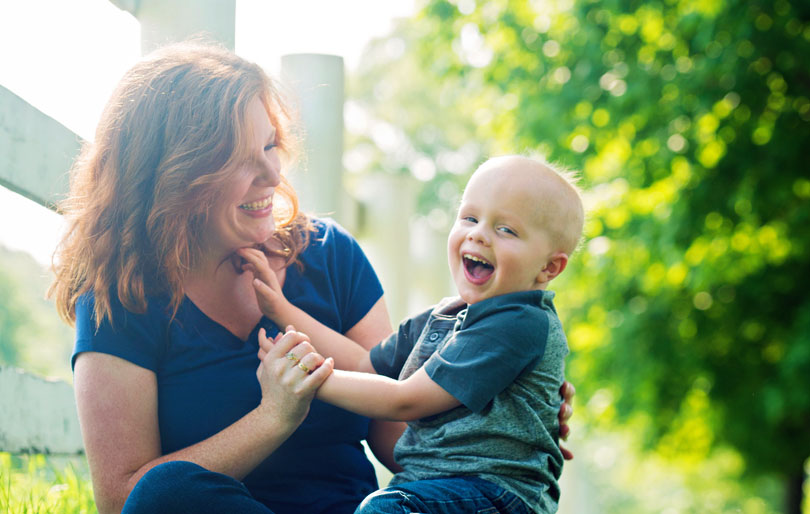 Chase was diagnosed with an atypical teratoid rhabdoid tumor (ATRT) when he was 2. Now, he’s 6 years old and stable.

Despite medical intervention, Chase’s fever continued to rise and his heart rate wouldn’t come down. The doctors came and went, talking to us and then stepping out in the hall to phone Chase’s other doctors and make plans.

Chase himself was in fairly good spirits as he’d been given stickers and a comfortable, soft pair of yellow hospital pants, but monitors don’t lie. His heart rate was staying way too high while the fever hovered around 104.

After repeated sessions of consulting with us and stepping into the hallway to get on the phone with Dr. Lulla and Chase’s team, all the white coats concurred: Chase needed to “go home.”

For the second time in my life, I stood in the middle of a room while a doctor apologized that the case was beyond the resources of the facility. The team from Chase’s hospital was coming for us again.

My mom, who hadn’t been with us for the first transport after his July seizure, stood near Chase’s bed, her eyes wide and teary. She quietly exclaimed “oh my” every few minutes. 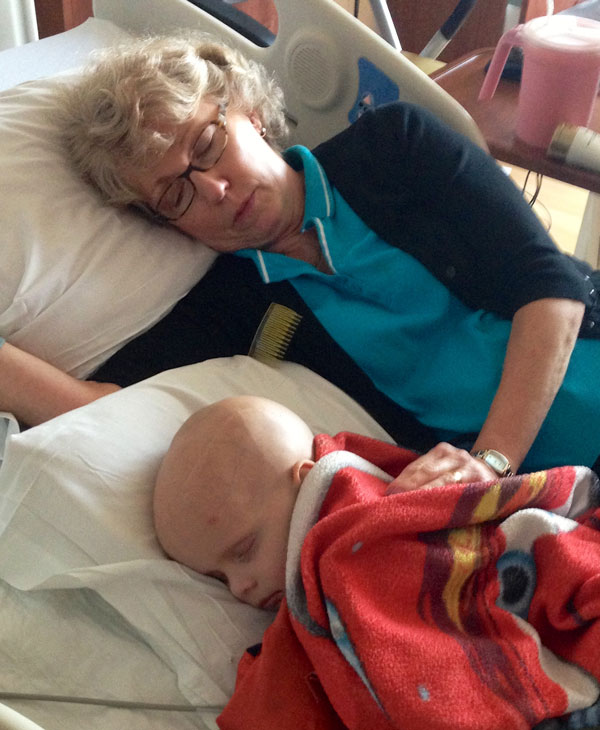 Chase’s grandma putting a hand of protection over a sleeping Chase.

Watching her being shaken by this made it even harder. She’d always been strong for me.

And just like that, my stomach dropped and my hands were shaking. I wasn’t afraid for Chase, but waiting for the transport took me back to that initial diagnosis moment. How I hated this feeling of weakness.

“God is good, God is faithful, and He is in control. He is my rest and my strength.” Over and over, the words became my mantra as we waited on the transport. God, make my heart believe those words.

“Chasey Bear, how are you doing?”

“Good, but I just have some fevers, Mommy. Can I watch a movie here? I like my yellow pants!”

“Hey, Chasey, I don’t think we’re going to watch a movie right now. Dr. Lulla misses hanging out with you, and he’s worried about your fever, so he’s sending an ambulance to come get you, OK?”

“OK. Can I watch a movie when I get to my hospital?” 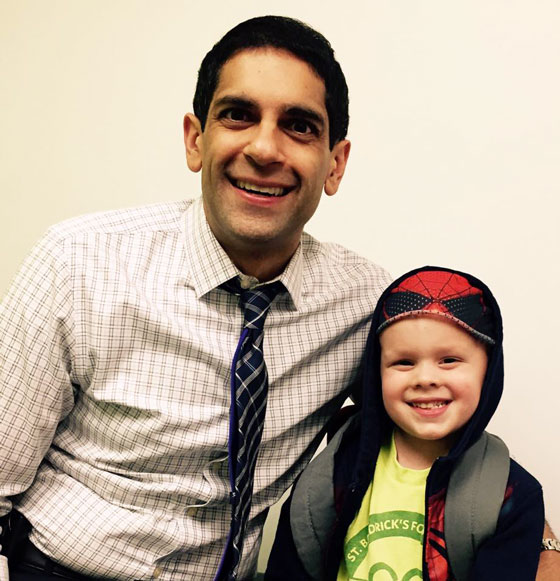 The team arrived in what seemed like only a few minutes, and among the group of blue shirts that day was a transport nurse named Craig. We’d met Craig when Chase was first diagnosed. We learned we had mutual friends, and he’d stopped by a few times to check on Chase and encourage us in those early days.

Though I was deeply thankful for a familiar face, his presence also spoke volumes since I knew he often accompanied more serious cases. If he had come for Chase, they must have been worried.

After Chase kissed his grandmother and father goodbye, the team wheeled him out of the room and down the hall. Hurriedly slinging bags over my shoulder, I worked to catch up to their quick steps, turning to look back for just a moment. Bob and my mom stood in the middle of the hallway.

“You’ll be right behind us?” I asked Bob.

Nodding, he said, “I’m leaving now. Go, before you lose them.” His words came just as Chase’s gurney turned a corner.

The tears in my mom’s eyes were the last thing I saw as I headed quickly to the emergency vehicle bay.

On Chase’s discharge papers, it stated that his fever was 104.5, but even that temperature raging through his little body was not enough to keep him from feeling terribly important about being back on an ambulance. He was smiling as he was loaded onto the back of the rig, and I was directed into the cab as the sirens began to sound.

From my front-row seat, I saw the town disappear behind us as we got on the ramp leading to the freeway, bypassing lane after lane of slowed cars in the heaviest part of rush-hour traffic. Finally, the cityscape came into view.

As we crossed the river, buildings that soared upward hemmed us in, and the roads became more narrow and congested. My seatbelt tightened as the ambulance slowed suddenly in an intersection.

Attempting to clear a path with the siren blaring and lights flashing, the rig crawled forward into a small opening. The driver at my side competently handled the full rig like a small car, weaving in and around vehicles pulled as far to the sides of the road as possible. 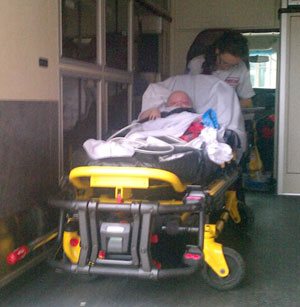 “He always looked so tiny in the big ambulance rigs,” Ellie said.

Above the wail of the siren, there was another lower sound. It was both unusual and yet familiar, a sound you don’t forget but can’t always place — the sound of metal against metal.

It was so brief that I thought I’d imagined it, and within seconds we were free of the gridlock and at the intersection closest to the hospital.

“Did you hear that?” A voice from next to Chase’s gurney floated forward. “I think you just scraped that cab as you passed.”

Face set, the driver slid both hands to the top of the steering wheel and leaned into the final turn taking us to the emergency entrance.

Quickly disappearing in my side mirror, the cab driver stood in the center of the narrow, two-lane street, waving his arms and gesturing angrily.

As I looked forward again, we were pulling up to the doors of the ambulance bay.

When we arrived at the fourth medical facility in 12 hours, there was a room waiting for us. We were home. We were safe.

After a while, Bob arrived too. What felt like a 40-hour day was finally over.

Or so I thought.

Want more? Find out what happens next in part two of the excerpt, or head over to the St. Baldrick’s shop now and buy a copy of “Chase Away Cancer.” 100% of the proceeds from the books sold on our shop will help us fund research for kids like Chase.

Get your copy now