What Pulled Me Into Brain Tumor Research

Did you know that right now, there are scientists working with teeny, tiny devices that have the potential to change how the immune system fights cancer? St. Baldrick’s Scholar Dr. Beata Chertok is one of them. She explains her exciting nanotechnology research and what inspired her to enter the field. 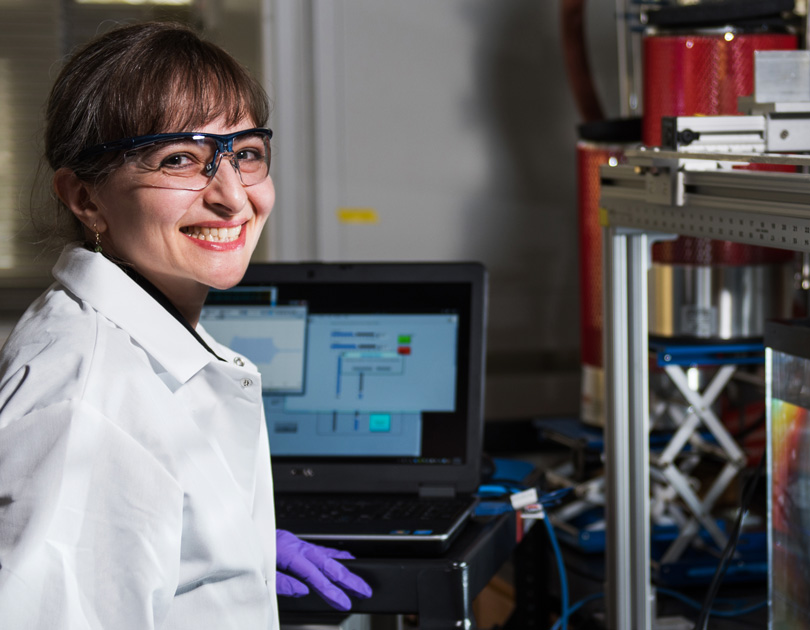 It all started with a letter from a mother of a teenage boy with cancer.

She wrote about how her son underwent six surgeries during his treatment for brain cancer. After each surgery, he progressively lost neurological functions — first his voice, then hearing, and then vision. The mother begged my research advisor to find a way to treat brain tumors without surgery.

After reading that letter, I knew what I wanted to do for my graduate research project. It was clear to me that I wanted to make that mother’s wish come true, but I wasn’t sure how.

That’s how my path toward developing therapies for childhood cancers began.

For the past 30 years, brain surgery has been the only hope for extending lives of kids with brain cancer. Unfortunately, drugs don’t work very well. When drugs are injected into the bloodstream, they go everywhere in the body. Only a very small amount of the drug reaches the brain tumor while a large amount ends up in healthy organs, causing more harm than good.

As I was thinking about these issues, I stumbled upon an old science fiction movie, “Fantastic Voyage.” In this movie, scientists take a submarine full of doctors and engineers and shrink it to micrometer size — about 100 times smaller than the thickness of a single human hair. Then, the tiny device is deployed into the patient’s bloodstream and sent on a mission to reach its target in the brain.

I quickly realized that while shrinking doctors was a cool idea, it was unlikely to become a reality. But I also realized that very small devices had big potential.

This led me to delve into nanotechnology, a field of science that deals with creating and manipulating very tiny particles. I learned how to make particles small enough to surf a child’s bloodstream. I thought that if I could use these particles as a vehicle to arrive directly at brain tumors via the bloodstream, brain tumors could be treated without surgery, sparing kids the side effects of more invasive treatments.

But if you think about vehicles — a car, for example — they need a driver to get them to the desired destination. So, if shrinking people was not an option, who would drive the tiny particles to the target site in a child’s brain?

As a kid, I liked to play with remote control cars. (I still do — they’re fun!) In these cars, the driver doesn’t need to be inside the car. Instead, the driver could stand beside the car and drive it using a device that sends signals to the car.

Could we come up with a similar strategy to drive tiny particles to brain tumors?

For the past 13 years, my work has been focused on finding an answer to this question. I’ve been experimenting with different types of tiny particles and signals that could “drive” them to or activate them only in tumors. 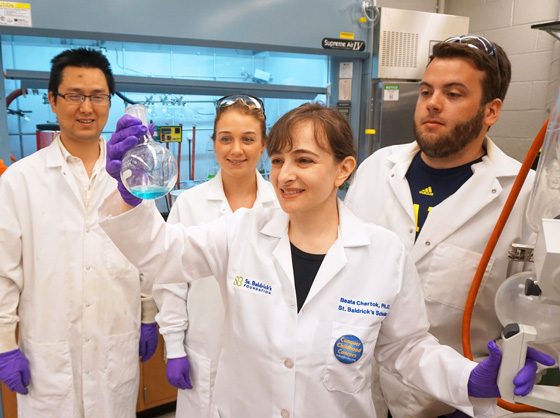 Dr. Chertok and her team at work in the lab.

For example, I’ve made magnetic particles that could be pulled to brain tumors with magnets.

I’m also working with particles that respond to an ultrasound signal. Ultrasound waves are special sound waves that can penetrate deep into the body without causing harm. These waves can be focused at a desired target, like a brain tumor, from outside the body.

The St. Baldrick’s Scholar Grant with generous support from Griffin’s Guardians allows me to apply everything I have learned in a new and exciting way that could potentially allow kids with brain cancer to live longer, healthier lives. 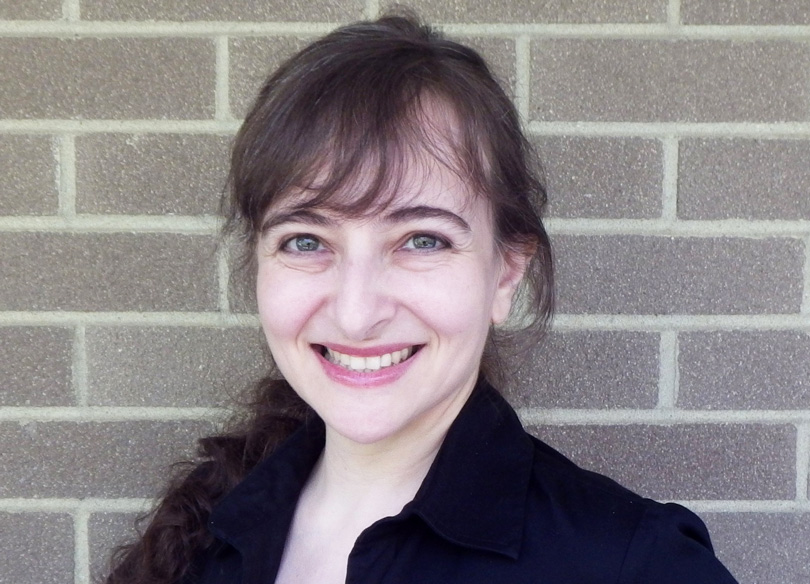 I believe the day is fast approaching when the technology to localize and control therapeutic particles in brain tumors without surgery will move from science fiction to reality. We already have a promising prototype of tiny therapeutic cargo-carrying particles that has shown potential in laboratory models.

Now, our sight is set on designing these devices to steer a child’s own immune system — the body’s natural defender — to fight cancer. This technology has the potential not only to save a child’s life, but also to spare a child the side effects of more invasive treatments.

We are very hopeful that this new type of therapy would one day allow children to stay regular kids, both during their treatment and after their cancer is gone — to have the childhoods they deserve.

Give kids with cancer the childhoods they deserve. Donate and help support childhood cancer research today.