What Childhood Cancer Did Not Do 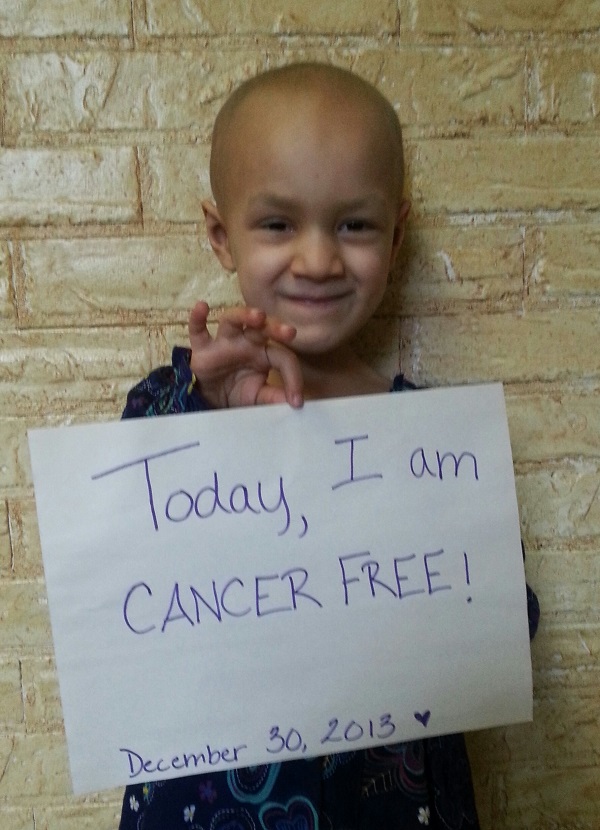 On February 7, 2013, Elizabeth’s daughter, Anneliese, was diagnosed with embryonal rhabdomyosarcoma. Today, she is cancer free. Elizabeth wrote the following on the one-year anniversary of Annaliese’s diagnosis.

One year ago today, my husband and I sat in a waiting room while a surgeon sliced into the right side of Anneliese’s head and scraped out a small piece of tissue. He removed some from her auditory canal. He made a frozen slide. He stitched her back up. And then he approached us.

I knew. I knew the minute I saw his face that it wasn’t good. I remember his voice as he said, “It looks like something called rhabdomyosarcoma.”

I remember my heart pounding, my husband and I searching each other’s eyes. I remember thinking, “You need to hear what he has to say. This is important, and you’re the one who understands the science jargon. Listen now. Cry later.”

And I did. I heard it all. I did not cry until he left the room. And then I collapsed into my husband’s arms as we wept uncontrollably. I shook all over. I put my head between my knees when the room started spinning.

And then I went to work. I made phone calls. I got angry. I lost 6 pounds in five days because there isn’t much time to eat when you’re fighting for your child’s life. I heard every single word the doctors said, and I can still recall much of it verbatim. I fought through anger and doubt that nearly destroyed me.

Cancer, you sneaky, vile thing. You came like a thief in the night. You sought to devour.

But one year later, let me be clear: YOU LOST.

You did not destroy a life. Actually, you gave me an appreciation for all that I have in a way that wasn’t possible before this.

You did not shatter hopes and dreams. You fueled a dormant passion. You rekindled fire that had begun to fizzle. You reminded me that this isn’t the end — it’s only the beginning.

You did not tear a family apart. In fact, you expanded it. You brought people into our lives that we now stand beside as we continue the fight to defeat you. 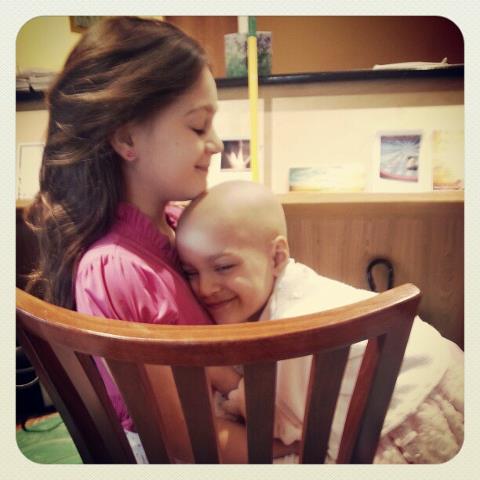 Anneliese with her older sister.

You did not leave us paralyzed by fear. I had a very small, very feisty warrior reminding me that fear is a choice, and it’s a choice she never made. So we do not fear you. We will not wait helplessly for you to return. We will press on, and we will continue to fight for those you are still seeking to devour.

You did do a lot, though, in a year’s time. You taught me to love more deeply than I ever thought possible. You used a child to teach me what it means to fight. You created a love between three sisters that can never be broken. You took a rock solid marriage and made it even better, because there is a tremendous bond formed in the thick of battle.

You taught people how to give, and how to do so selflessly. You forged friendships that will never be broken. You taught me to believe in a God that is greater than I could ever hope to understand, and certainly bigger than you. You taught me that in a matter of moments, there are people worldwide who lift us up in prayer, and believe me, I will never forget that. You taught me to hope, and that is something I had forgotten how to do.

Cancer. You did so much. But remember one very real thing you did not do: You did not win.

Support childhood cancer research so that more kids and families can say, “Cancer, YOU LOST.”