The drug – known as larotrectnib, or Vitrakvi – is the first developed to target a key genetic driver of cancer, rather than a specific type of tumor. In this case, the drug targets a gene fusion called NTRK, found in some patients with many different types of cancer. 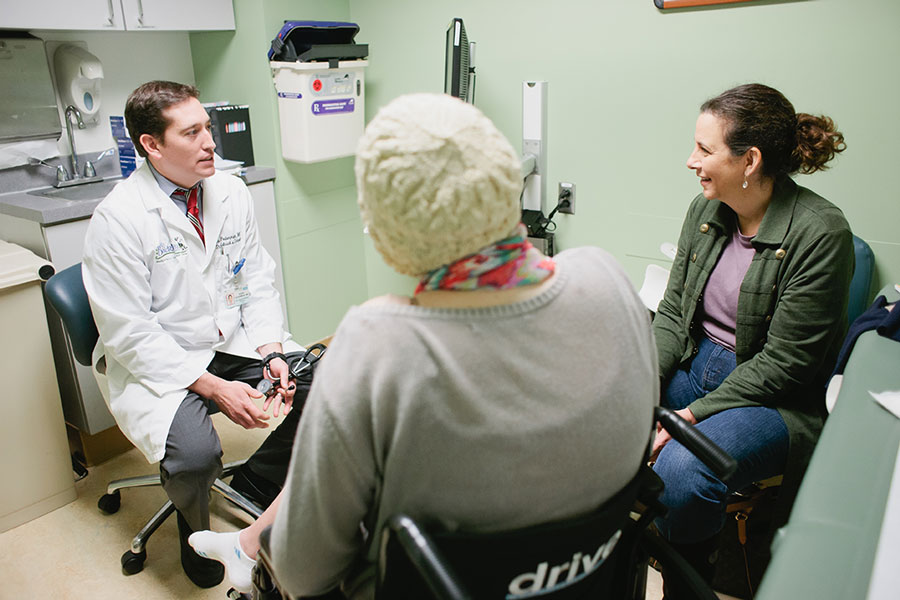 Dr. Federman, a St. Baldrick’s Scholar from 2009 to 2014, was directly involved in Vitrakvi’s development.

These NTRK fusions are rare, but they’re present in some patients with soft tissue sarcoma, thyroid cancer, salivary gland cancer, and lung cancer, among others. For some cancer types that frequently express this mutation, until now there had been no other effective treatment option. One of these cancer types is infantile fibrosarcoma, typically diagnosed before the age of one.

The most remarkable trait of Vitrakvi is that it’s “site-agnostic,” meaning it attacks cancer regardless of where it is in the body.

Dr. Scott Gottlieb, the FDA’s Commissioner, says Vitrakvi’s approval “marks another step in an important shift toward treating cancers based on their tumor genetics rather than their site of origin in the body.”

“We now have the ability to make sure that the right patients get the right treatment at the right time,” Dr. Gottlieb added. “This type of drug development program, which enrolled patients with different tumors but a common gene mutation, wouldn’t have been possible a decade ago because we knew a lot less about such cancer mutations.”*

So far, results are very exciting. In a trial of 55 patients, including adults and children, with 17 different tumor types, the overall response rate for Vitrakvi was 75%, with 73% of responses lasting 6 months or more.

Vitrakvi is currently approved for patients who have no other treatment available, or for whom the current treatments are not working.

Some of the researchers whose work made Vitrakvi possible credit St. Baldrick’s with helping launch their careers – enabling them to be a part of this exciting new shift in treatment.

Dr. Noah Federman was a St. Baldrick’s Scholar from 2009 to 2014. In 2017, we profiled Dr. Federman’s work with Emily, a 2013 St. Baldrick’s Ambassador who fought and survived osteosarcoma. When asked about his involvement in this new advance in research, Dr. Federman replied, “I would never be here without [St. Baldrick’s] support in my earlier stages.”

Dr. Erin Rudzinski, who received two grants from St. Baldrick’s (in 2010 and 2012), was also involved in the Vitrakvi study. In 2015, we profiled her work on rhabdomysarcoma, the most common soft tissue cancer in kids. Looking back at her relationship with St. Baldrick’s, Dr. Rudzinski said, “I’m always grateful for my early St. Baldrick’s support in my career and fostering connections. It was invaluable.”

Finally, Dr. Douglas Hawkins of Seattle Children’s Hospital says, “I was approached to be part of this study because we have the phase I infrastructure necessary to conduct the study. We could not have built that infrastructure without St. Baldrick’s support over the years.”

St. Baldrick’s donors like you have been a part of this advancement and will continue to play a leading role in bringing hope to children with cancer in ways the researchers of a decade ago could only dream of.

* “FDA approves an oncology drug that targets a key genetic driver of cancer, rather than a specific type of tumor,” U.S. Food & Drug Administration, Nov. 26, 2018.